Dr Oz: How Safe Is Your Home From Burglars?

How safe is your home right this minute? Are you sure it’s safe from burglars? Dr. Oz’s show sent investigative correspondent Jeff Rossen inside the walls of a state prison to talk to a career criminal serving 70 years to find out what he looked for when breaking into a home.

Jeff went inside the New Jersey state prison, maximum security  to talk to Nicholas, who is serving a 70-year sentence for a string of home invasions. While guards watched, Jeff had one hour to asked Nick anything he wanted. Nick revealed that he burglarized 100-150 homes and wanted to come clean to reveal his secrets. You will be shocked by his tips for how to burglar proof your home and his answer to whether or not burglar alarms are effective, on the next page…

Is Your Home A Target For Burglars? 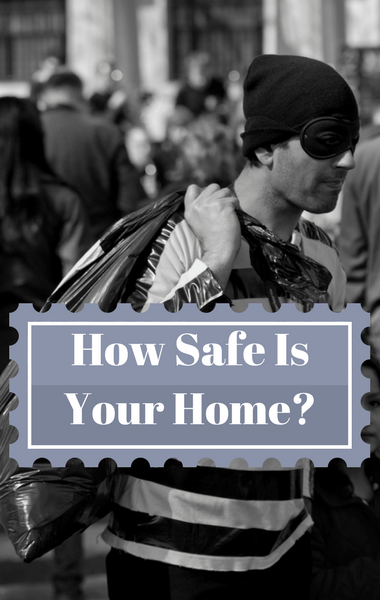 Just how safe is your home? A convicted burglar revealed his secrets to help home owners better protect themselves against invasions. (14niko / Flickr)

What Time Do Burglars Usually Break Into Homes?

As for what time burglars typically strike, you may be surprised to learn that it’s usually after 8 AM and before 2 PM, when everyone tends to be at work and school.

WNBC, a New York station, sent out surveys to other convicted burglars and more than half agreed that they also target homes for burglary in the morning.

What Do Burglars Do If Someone’s Home?

Nick admitted to Dr. Oz that one time he was in the middle of a burglary when the homeowner came home and he looked at the lady and said “I’m sorry I got the wrong house” and walked out with no trouble. Approximately 75% of those surveyed said they would leave right away if they discovered someone was home.

What about alarm systems? Do they work to deter burglars? It turns out they don’t, because if it’s turned on, it means that nobody is home. Even if the alarm is going off, thieves work so fast that it is not an issue.

Burglars also do not about surveillance cameras, because they can just wear some sort of mask to cover their face. Nick said that people who buy security cameras have something in their homes they’re protecting.

Do Lights on a Timer Deter Burglars?

If you think you deter thieves by putting lights on a timer, 73% of thieves say lights wouldn’t stop them.

Dr. Oz found out that the best way to burglar proof your house is by having neighbors watch your house.  A neighborhood watch is best, especially if you put a sign on your street.  If you see a stranger at your neighbor’s home, go over and ask the following questions:

How Do Burglars Commonly Get Into Homes

How are burglars getting in? It turns out, they’re walking right in! Too many people are leaving their doors and windows unlocked! Let that serve as a lesson to always lock up, both doors and windows, to keep your family safe.

When Jeff joined Dr Oz, he admitted that what scared him the most was that they seem to target homes when you’re not home. So what changes will you make to better protect your own home from invaders?