Dr Oz: What Are Diverticulitis Symptoms?

The most common symptoms of diverticulitis include:

Dr. Oz says that most of us will have Diverticulitis at some point, if we live long enough, so it is critical to know these signs and symptoms to watch for!  Iyanla Vanzant joined Dr. Oz because she had Diverticulitis without realizing it, and it caused her colon to burst.  Read more about Iyanla’s story (including her colostomy bag or “poop bag”) on the next page…

Iyanla Vanzant has millions of loyal followers who turn to her in hopes of fixing their own lives. She’s America’s life coach and she was ready to open up about the health scare that almost killed her and what the experience taught her. Iyanla just may be able to help you transform your own health beginning today.

Dr Oz admitted he was surprised by how strong and healthy Iyanlya looked. Iyanla revealed that because she had never underwent a major surgery before, she was quite worried about having to have major surgery for the first time. Even worse, she was told she had to have surgery just three hours before her operation, so naturally Iyanla asked for time to pray and they told her “pray fast.” 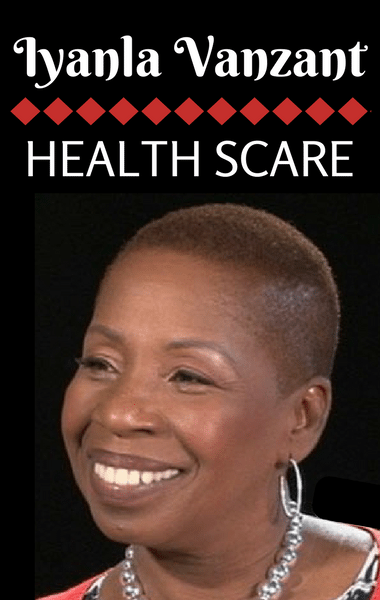 Iyanla Vanzant experienced the health scare of a lifetime and she joined Dr Oz to revealed what it taught her. (themiraclejournal / Flickr)

It turns out that Iyanla had a condition called diverticulitis which is actually fairly common. She had never been sick a day in her life until she got it and Dr Oz explained that most of us, if we live long enough, will likely get it. According to Iyanla’s doctor, the diverticulitis is what caused her colon to rupture.

Despite the fact that it’s a common health problem, it can kill you. Iyanla revealed that the same thing happened to her friend, Reverend John Manns,  three weeks after surgery while he was sleeping and he never woke up.

Dr Oz then wanted to walk back through what happened to Iyanla. She traveled to Jamaica on a Friday for two days of lecturing and had no pain at that point. Then on Saturday she had just finished her hair and makeup when she started vomiting and couldn’t stop, but still she experienced no pain. A doctor looked at her and thought she had food poisoning. But then she started getting mild cramps in her stomach. The doctor gave her anti-nausea medicine and a mild pain killer. Then on Monday she flew back home and by Wednesday she was told she had to have surgery.

What Causes a Colon to Rupture or Burst?

Dr. Oz said that in the large intestine, the colon can develop a weak area that inflates or pops out like a balloon. Food passing through can get stuck and create a blockage.  As the pressure builds up, your colon will burst.  Then, feces or gas, which is normally supposed to come out the rectum, begins passing through the hole and enters the inner-cavity of your body. When your colon ruptures or bursts, it is life-threatening and must be operated on immediately.

Iyanla Vanzant’s colon burst and caused inflammation and infection, so that part of her colon was removed and Iyanla had to use a colostomy bag for 90 days.

Did Ed Sullivan Have a Colostomy Bag?

Yes! Iyanla pointed out that Ed Sullivan did in fact have a colostomy bag but she said that “a diva like myself” couldn’t last for longer than 90 days, so she was back on the operating table 90 days later.

Iyanla actually lost her youngest daughter to a rare form of colon cancer, so she was certainly scared by the experience.

Iyanla shared that she’s had a very eventful life and years of holding onto things in her mind and heart. She also learned more about silent stress that she was living with, without even knowing it. She joked that she had to learn both figuratively and literally to not “hold onto crap.”