Dr Oz did a segment called the 3 Mistakes You Should Never Make Calling 911.  Gigi Smith, who has run a 911 Dispatch Center for over 20 years, joined Doctor Oz and gave advice on 911 Mistakes to avoid.  Plus, Dr Oz gave a 911 Emergency Chart or 911 Safety Information chart that all of us should print out and put on our fridge (I will give you links to print these out below)!

Dr Oz asked Gigi Smith what are the three biggest mistakes that people make when calling 911.  She said that the first mistake 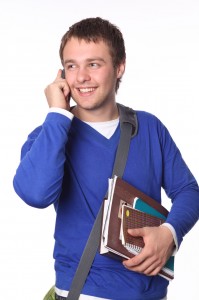 is that people call 911 and sometimes get a recording (during busy times) and then hang-up the phone.  Do not ever hang-up the phone when you call 911, because when you call back you will be back at the bottom of the queue which will delay service to you.  The second biggest mistake that people make is to call from their cell phone rather than from a land-line phone.  If  you have the option, use a landline phone because depending on who your cell phone provider is, 911 may or may not be able to pinpoint your location from a cell phone.  The third biggest mistake is that people do not remain calm.  The telecommunicator on the other line is your first line of support, so focus on what they are saying and try to stay calm.

Dr Oz said that the three mistakes that he wants for all of us to avoid when calling 911 are the following.  First, do not forget your contact and medical information.  Believe it or not, Gigi Smith said that this happens thousands of times every day.  One way to prevent yourself from freezing up is to have all of the information in a 911 Emergency Chart on your fridge or next to your phone.  The 911 Safety Information should include the names of the people in your home, your address and phone number, any medications that people are taking, and any medical conditions that people in your home have.  Click here to print out Dr Oz’s 911 Emergency Chart.

The second mistake to avoid is not listening to the 911 dispatcher’s instructions and answering their questions.  Gigi Smith told Doctor Oz that the dispatchers have a series of questions that they ask in a particular order to help figure out what emergency units to send you and how quickly you need them to arrive.  Dr Oz said that if you have any questions about what they are saying, just ask for clarification.

The third 911 Mistake that Dr Oz wants us to avoid is hanging up the phone too quickly.  Gigi Smith said there are only two times when you should hang up the phone: when medical personnel have arrived or when the dispatcher tells you that you can hangup the phone now.