You’ve heard of Ritalin and Adderall to help cure ADD (Attention Deficit Disorder) and ADHD (Attention Deficit Hyperactivity Disorder) in children and adults, but today, more mothers and housewives are taking these drugs to help make them supermom. On today’s show, Dr Oz talked to several women who stated drugs designed to treat ADHD are giving them the energy to do it all. Some women commented that with the drugs, they have more concentration and are even more focused. One woman told Dr Oz that she even lost 30 lbs on the drug.

But are these drugs safe?

Drugs like Ritalin, Adderall and Methylin help speed up the metabolism to help you lose weight, but suburban moms may be going too far to get a hold of these drugs. 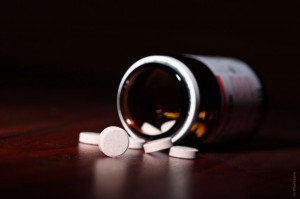 They lie to their doctors to get prescriptions and even steal from their kids’ supply. Dr Oz says there has been a 750% increase in ADD prescriptions within the last few years.

Amber, an audience member, told Dr Oz that before the Adderall, she felt overwhelmed and scatterbrained. Now she has more energy and is more focused.

Lucy, another audience member on Adderall, told Dr Oz that she used to be forgetful but since being on the drug for the past couple of months, she was more in control.

Nina told Dr Oz that if she missed a dose, she felt sluggish and weak. In fact, she said she couldn’t imagine life without it. (That sounds like a problem to me!)

Dana told Dr Oz that since being on the drug for the last 12 years, she was more in control and had even lost 30 lbs. The drugs helped her immensely with her personal and professional life.

Your stomach moves at a face pace to digest food. When on Adderall (or another ADD drug), you stop the entire process. Your stomach is full of food, which makes you stop eating—hence the weight loss. You dramatically change what is going on inside your stomach.

In your brain are neurons that are functioning. When you take medication like this, it stimulates the neurons and changes the way the brain and stomach work. You don’t eat and the fat cells give up the supply because you’ve cut your food intake.

When taking these drugs, you also change the lungs and hearts. Blood vessels sometimes spaz and change, which can cause strokes and heart attacks.

These drugs may also cause mood alterations and sleeplessness, which may cause depression. The end result is a depressive state. If you don’t have ADD and take these medications, you cannot sustain on this drug for a long period of time.

Dr. Dow stated that on a scale of 1-10, Adderall and Ritalin are at a 7-8 because they flood the brain with feel good chemicals. You may end up needing more and more. When you run out, you feel as though you need other drugs to sustain, just like you would if you were on illicit drugs and alcohol. Dr. Dow stated that you may even develop an eating disorders down the road.

Psychologist, Dr. Janet Taylor, stated that this was an ongoing problem with men and women.
Psychoanalyst, Dr. Mike Dow, agreed, stating that there was growing epidemic amongst women taking these drugs. There is also an increase in housewives taking these drugs because they use them to try to lose weight and for other non-medical reasons.

Fitness Expert, Jackie Warner, said this was the #1 drug of choice for celebrities. She had never seen an epidemic like this before.

Dr. Taylor said that friends call her for the drug for themselves and for their kids. Some parents even took the pills from their kids. She said many women and men fake symptoms in order to get a prescription from their doctor.

If you have trouble remembering, detailing and feel disorganized, you should speak to your doctor about possibly getting on ADHD medication.

Fitness Expert, Jackie Warner, believed that you should use fitness to release serotonin to help keep you balanced and to maintain your lifestyle. Doing this will decrease the amount of medication you need.

Dr. Dow agreed, stating that you should consume foods that boost serotonin, such as lean protein and leafy greens. Try doing natural everyday things to help boost serotonin, such as asking a guy out or cleaning your house while blasting music. According to Dr. Dow, when you do things like this, you increase dopamine naturally. When you do these things, you don’t need drugs to treat depression.