Doctor Oz did a segment called “Extreme Exhaustion: The Secret Reason You’re So Tired” to cover the topic of Adrenal Fatigue – a controversial condition that many people and doctors say does not exist.  However, could Adrenal Fatigue be the secret reason that you are so tired?  All humans have a “fight or flight” hormone that happens when we feel we are in danger: your pain threshold increases, you are overly alert, your heart pumps faster, your eye pupils dilate, you sweat, you are hyper aware of what is going on outside of you.  This reaction can help you survive when in a dangerous situation, but it can be a big problem if your body gets “stuck” in this mode all of the time.  Has stress thrown our adrenal glands out of wack?  Perhaps the daily stress in our lives is just too much for us?  Dr Oz said that Dr James Wilson first named this condition Adrenal Fatigue in 1998 and Wilson believes a huge percentage of Americans suffer from this. 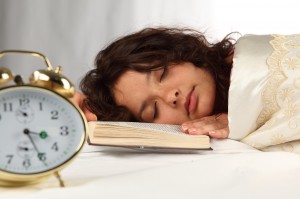 Robert Vigersky said that there is no scientific proof or any study that has been able to show that Adrenal Fatigue does exist.  He said he is not denying that people have fatigue or feel a certain way, but self diagnosis of a potentially non-existent disorder like Adrenal Fatigue can be very dangerous.  So do not diagnose yourself for something like this online, and even worse, do not start ordering “cures” for it online… this can be very dangerous.  You should see a doctor, because all of this symptoms could also be a sign of thyroid problems, sleep apnea, depression or many different things.

Dr Oz asked Christiane Northrup who should we suspect would have Adrenal Fatigue, and here are the symptoms she gave to look for:

– Can’t get to sleep at night

– Need lots of coffee in the morning

– Feel “hairy” all the time

Dr Oz did a quick demo to show us what the adrenal gland is – it is the “dunce cap” sitting on top of the kidney.  The adrenal gland controls critical steroids and stress hormones (the fight or flight hormones).  Over time, when you are on steroids like cortisol, you can gain weight that you cannot lose, you feel tired, your face gets puffy… and all of this happens if your body is naturally making too much cortisol as well.  In fact, depression is an independent risk factor for heart disease and osteoporosis.  Vigersky said that there are adrenal gland diseases such as an auto-immune condition or your pituitary gland could have a disease and therefore not be “driving” your adrenal gland correctly.  However, the cure is certainly not more cortisol… so do not be tricked into buying cortisol online!

– The best way to metabolize the stress hormone is through sleep

– Eat protein for breakfast, and generally avoid sugar and carbs

– 100 mg of Siberian Ginseng was shown on the bottom of the screen during this segment, although nobody really spoke about it.  Something for me to look into!

Dr Oz was non-committal as to whether he believes Adrenal Fatigue exists or not, but he said that either way, if you are tired and feel like you have a sleep problem, cut sugar out of your diet, get exercise, and try some of these natural way to improve sleep.