Dr Oz did a segment called “Oz Alert: Dangerous Radiation: Are You At Risk?” where he discussed a topic that all of us are wondering about before traveling.  You must read this before stepping through an Airport Scanner. 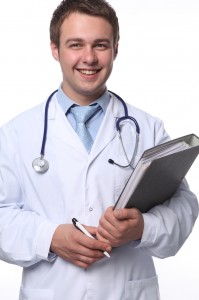 Dr Oz: Should I Walk Through the Airport Scanner or Opt For the Pat Down?

Dr Oz said that the Airport Scanners are called Backscatter Scanners, and they send waves through your clothes to the top layer of your skin, which helps them to look for things hidden under your clothes.  One lady on the Dr Oz Show asked Doctor Oz what he would opt for – the Airport Scanner or the Pat Down.

Dr Oz said that with a regular x-ray, you take a focused image of one part of the body and the x-ray goes through your body.  The new Airport Scanners have you put both arms up int air and then it scatters energy across your body, but not through your body.  Dr Oz said the areas that he is most concerned about the radiation hitting even briefly include the skin, eyes, breasts and surfaces of the body.  The more x-ray radiation that you get, the greater your risk for cancer.  For example, when you go for a CT Scan (pronounced like Cat Scan), your cells can get damaged as the radiation hits the nucleus and damages the DNA.  You have proteins that can help your body to repair your DNA, but what if there is too much radiation?  Then, the DNA gets too damaged for the protein to fix it, which can lead to cancer.

Dr Oz was joined by Kathryn Brinsfield from the Department of Homeland Security and Mary Mahoney, a radiologist.  Brinsfield said that the scanners are safe and both she and her family use them.  The amount of radiation you get from an Airport Scanner is the same amount that you get when you go on a flight, if the flight does not have even more radiation.  There is 1000 times more radiation in a dental scan than in an Airport Scanner.

Dr Oz said that some bright scientists are saying that it is not so straight forward though and it may be misleading.  A group of biochemists at the University of California San Francisco said that the real dose to the skin is pretty high.  Dr Oz asked how do you assure America that the Backscatter Airport Scanners are safe?  Kathryn Brinsfield said that the scanners have been reviewed by the president’s science advisor and found that the dose to the skin is 1/80,000 of the annual allowed amount.  So, children and even pregnant women would have to go through the Airport Scanners 1000 times a year to be at risk, according to the officials.

Dr Oz said that there is a new machine called the Millimeter Wave Scanner which does not use radiation, so he asked Kathryn Brinsfield why we do not just use this one?  Especially since what we thought in the past were safe amounts of radiation turned out to be wrong.  Brinsfield said that unfortunately, the events of the past year or two have changed the rules and we need multiple layers of protection to protect the American public.

Dr Oz said that if it was him, he would tell the following groups of people to go for the pat down over the airport scanners:

1.  People over 65 years old, because it is harder for their bodies to repair DNA

4.  Children under 12, because they are rapidly developing tissues which is sensitive to radiation

Dr Oz also suggested that everyone take a multivitamin before flying to minimize the oxidation that happens when you fly, and it may also help to prevent colds and the flu!