Doctor Oz did a show on anorexia to teach us that eating disorders are not just for women.  Dr. Oz brought Bryan on his show.  Bryan has been struggling with Anorexia for 20 years and his Anorexia is killing him.  Bryan is 40 years old and weighs 76 pounds.  He knows he needs to live to eat, he says it is a “no brainer,” but something in his head stops him from being able to eat – he is slowly starving to death.  Anyone who saw this episode of Dr. Oz could not help but be highly concerned and worried for Bryan and his family. 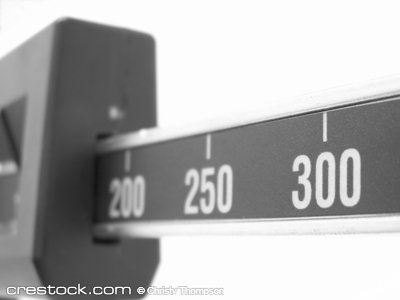 Bryan does not want to die, but he said that his life is pretty much just an existence at this point.  Bryan used to be a runner and hiker, he has a masters in science and was pre-med… he worked in zoos and aquariums and taught both high school and undergraduate students.  Bryan is very well spoken, he said that Anorexia is the most illogical and diabolical disease – there is no logic behind Anorexia.  When Bryan sees his body in the mirror, he says he knows that it looks like something that belongs in a tombstone.  This surprised me, because I thought that most people with Anorexia would look in the mirror and see a fat person, even though they were thin.

Bryan has gone to therapists and had Anorexic treatments.  Some days Bryan cannot even get out of bed now, he cannot connect with people on a social level, he is unable to hang out with friends or have a meaningful relationship and start his own family.  Dr. Oz took Bryan to the truth tube to see what Anorexia means to his physical body:

Weight: 76 pounds (his lowest weight has been 75 pounds)

Body Fat: Under 4% (Dr. Oz’s machine only can measure 4% body fat, but Bryan’s is underneath that level)

Blood Sugar: 32 (Dr. Oz said this is the level where people pass out on the floor)

Dr. Oz said that basically Bryan is walking in a fog because there is not enough fat for his brain’s needs and the risk for infection is very high due to such a low white blood cell count.  Dr. Oz listened to Bryan’s heart and said it was very faint and slow.  The heart has a pacemaker cell that needs certain salts and nutrients to make an electrical signal to cause your heart to beat.  Bryan’s heart is not doing this because he does not have the salts and nutrients in his diet that the pacemaker cell needs – so his heart is more or less just quivering.

Dr. Tom Hildebrandt, from New York’s Mt. Sinai Hospital, said that men can tolerate a lower percentage body fat than woman and still be healthy.  So an Anorexic man can appear healthy for longer and still have Anorexia.

1.  Any rapid weight loss, even if the male falls in a healthy weight range, should raise a concern about Anorexia.

2.  If a man has obsessions or compulsions around their weight or eating, you should question if he has Anorexia.

Dr. Oz and Dr. Hildebrandt are sure that Bryan can improve his life, but this is his last chance.  Michelle Klinedinst is going to help Bryan go through rehab in Arizona.  It will be a slow progress of getting Bryan to eat food slowly, but even Bryan is hopefully optimistic.  We will be cheering you on Bryan and praying for your full recovery from Anorexia!