Dr. Oz said that there’s a new underground drug market Americans need to be aware of. While popular street drugs like cocaine and heroin are certainly a problem, it’s antibiotic medications like Amoxicillin, Keflex, and Penicillin that are now being sold in a dangerous, underground market. The scary reality is that the antibiotics are being sold over-the-counter without a doctor’s prescription, at local delis around the country.

Can You Buy Antibiotics At Bodegas & Delis Without Prescriptions?

Where are the drugs coming from? Are they real or counterfeit? How much do they cost? Are they safe? Dr Oz needed all those answers and more, so he sent his investigative correspondent Carolina Bermudez  to find out.  The results on the next page will shock you…

How Much Do Bodegas / Delis Charge For Antibiotics? 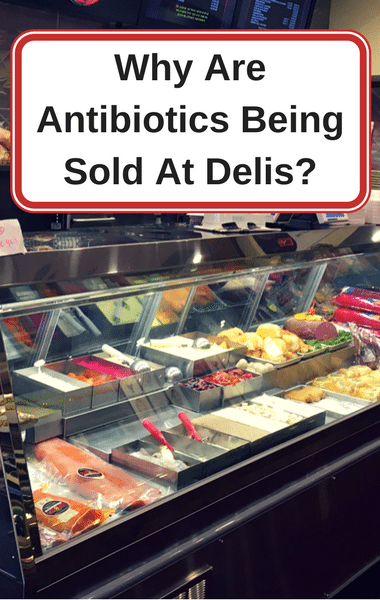 It may sound far too risky to some, but to others, they have no problem buying over-the-counter antibiotics from delis and bodegas. Dr Oz investigated. (isfullofcrap / Flickr)

Carolina went undercover with hidden cameras to get the answers Dr Oz was looking for. She first entered a New York bodega looking for something to treat a sore throat. She quickly learned the woman was selling 500 mg capsules of Amoxicillin at $1.25 each.

Carolina then spoke to a woman named Joanna who has been using antibiotics sold illegally for years, to find out what would drive a person to get their medication in such a dangerous setting. She shared that she gets her antibiotics at the bodega or Spanish market instead of a pharmacy because it’s cheaper, convenient, and easier. Additionally, Joanna doesn’t have insurance so she can’t get a prescription. She also believes the man giving them to her, who claims to be a doctor in his country, saying “he’s really good.” For her, the antibiotics have worked.

Carolina quickly learned when she visited many spots where she was told antibiotics were being sold illegally, she was told by the cashiers they didn’t sell them. Carolina then spoke again to Joanna and was told if you’re not referred there by someone or if they don’t know you, they won’t sell the antibiotics to you. Which is a good sign they know they are doing something illegal and don’t want to get caught.

She also explained that she self-diagnoses herself, claiming she knows her symptoms and her body, so she will just go to the bodega and get the antibiotics to treat herself, without ever seeing a doctor.

But are you really getting what you paid for? To find out, they were sent to a lab for testing. But first Carolina explained that she shocked how easy it was to walk into a corner store or deli, tell them she had a sore throat, and get an antibiotic that wasn’t even being held behind glass. Additionally, the price was shockingly low.

When Carolina took a closer look at the pills she was given, she saw that they were manufactured in different countries like Guatemala or India. Although the packaging was confusing, it was clear that the pills weren’t made to be sold in the United States.

Carolina pointed out that while not needing a prescription was definitely a big reason people were getting their antibiotics this way, the time was likely an even bigger factor. All they had to do was walk down the street to get what they wanted.

Dr Oz: Where Do You Buy Over-The-Counter Antibiotics?

But what’s really in the pills these people are using? Dr Oz showed that real Amoxicillin actually has the word “Amox” on it and is a yellow color. The drug-store versions had “Amoxy” and were a deeper yellow and a red color. But to someone who doesn’t know any better, they certainly look legitimate. Carolina wasn’t given any dosage instructions but shared that others who were referred to those bodegas or delis were given instructions on how many pills to take, when, and for how long. They’re given information by people are most likely aren’t qualified to give it.

Dr Oz revealed that while the outside of the pills maybe not exactly be the same, their insides were identical. So then if they’re really, what’s the problem, right? Well as Dr Oz explained, if you don’t have a doctor diagnosing you, you can’t know if it’s going to work properly or what the side effects may be.