Dr Oz’s Show “Arsenic Apple Juice: What’s In America’s Apple Juice” was a real eye-opener for many of us.  As Doctor Oz said, after milk, apple juice is often the first drink that we give to our kids.  But could there be a threat to our nation’s kids found in apple juice?  It turns out that Apple Juice might contain Arsenic, which overexposure to can be dangerous.  Arsenic could even cause Cancer or IQ problems.

Doctor Oz said that it often starts in other countries, like China, where the apples are sprayed with pesticides that have Arsenic.  Then the apples are pressed and turned into Apple Concentrate which is imported into America.  China is not the only threat though, there is Apple Concentrate crossing our borders without regulation from Argentina and Brazil as well.  And it is not just Apple Juice that is made from the Apple Concentrate – it is also found in juice blends, candy, cookies, cakes and even “healthy snack bars” that are sweetened with apple juice rather than sugar.

Dr Oz: How Apple Juice is Made

Dr Oz said that to understand how Arsenic is getting into our Apple Juice, you have to look at the process for how it is made.  Most Apple Juice is not all American.  For example, the apples often come from China where the water supply has higher levels of Arsenic (more than the FDA allows in our water supply in America) and where they use pesticides that contain Arsenic.  Then, the apples are squeezed to make an Apple Concentrate which is sent to America.  In America, we mix the apple concentrate with water to make what ends up in our kid’s juice boxes.  The FDA has a limit on the amount of Arsenic that we can have in our drinking water, but there is no limit currently on how much Arsenic we can have in Apple Juice.  Furthermore, Patty Lovera from Food and Water Watch (a consumer group investigating this issue), said that the FDA has no limits on the level of Arsenic on foods that are imported.  Even more scary is the fact that less than 2% of the processed foods and seafood that is imported into America from other countries like China are even looked at.  Russell Greenfield, author of Healthy Child Whole Child, said that the limit for Arsenic in our children’s apple juice should be practically zero.  He said that the EPA has done a great job on lowering the acceptable limits of exposure to Arsenic, but that the FDA really has to step up.

Dr Oz spoke a little bit about the health ramifications of having Arsenic in our Apple Juice.  When you consume Arsenic, the liver 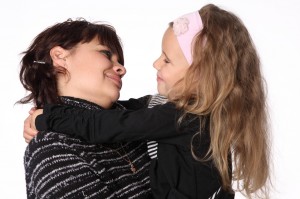 toxifies and the toxins go into your cells which messes up how your DNA repairs itself.  This can lead to the formation of Cancer Cells, blotches on your skin, Cancer in your lungs, or it can even impact how your nerves work (which is why it can impact the IQ of children).  Doctor Oz said that he is arguing that unregulated Arsenic in Apple Juice in America is unacceptable, but he made it clear that he is not saying that Apple Juice is definitely causing Cancer in our children.

Dr Oz went to a park in New York and collected unopened Apple Juice Boxes from moms who were about to give it to their kids.  He showed them how the boxes were marked with things like “Concentrate of China” or “Product of China” and explained how apples in China often have higher levels of Arsenic.  In addition to collecting some Apple Juice Boxes in the park, Doctor Oz collected dozens of Apple Juice samples across the country and sent them to an Independent Lab to test for arsenic.  In total, Dr Oz tested five apple juice brands and three dozen samples.  The results below can be compared to what the FDA has set as a tolerable threshold for Arsenic in our drinking water, which is 10 parts per billion.  The Arsenic Analysis Standard Deviation on the below results were +/ – 20%.

To be clear, this is the non-organic Apple & Eve Apple Juice with the picture of Big Bird on the front.

Gerber, who many of us consider a safe brand for children and babies, had the Apple Juice sample with the highest amounts of Arsenic – 36 parts per billion which is 3.5 times more than what is allowed at the maximum in our drinking water.

Dr Oz asked the moms and dads from the park what they thought about these results, and these are just some of the words they used to describe their feelings: furious, angry, ridiculous, outraged and duped.  That pretty much sums up how I feel about these findings as well.

Doctor Oz asked Dr Greenfield how concerned should we be about these levels of Arsenic in Apple Juice?  He said that a single box of apple juice will not cause any harm probably, but it is the chronic toxicity from being exposed to it over and over that is the real problem.  He believes, like many of us, that Arsenic has no place in any levels in Apple Juice, especially the ones that are marketed to our kids as a healthy option!

Dr Oz said that drinking an Apple Juice Box is almost like playing roulette.  One day the arsenic levels are under 10, but the next day another box has Arsenic levels of 36 parts per billion.  But no Juice Boxes say the arsenic levels contained inside the box, so who is looking out for us?  The FDA should set Arsenic limits, but they have not set them for apple juice in America.  Dr Oz even called up the FDA and invited them on the show, but they declined and sent a statement instead that said “Sampling thus far does not indicate a safety concern for these products.”  Interestingly, the FDA has set an Arsenic limit for Pear Juice after an incident, but they have not done so for Apple Juice yet.  We can only guess this is due to paperwork and red tape within our government.

One of the father’s told Dr Oz that there is no way that profits can outweigh the health of a society.  He said he will be contacting all of these Apple Juice companies and ask them what they are doing about this issue.  These are our children, and we have to look out for their well-being.  Doctor Oz said he believes there should be a limit set on the Arsenic allowed in Apple Juice, and that the limit should be the same as it is for our drinking water.  What do you feel about the issue and results of Arsenic found in Apple Juice?  Please leave a comment below with your thoughts!  And do not forget to contact the companies to voice your outrage… here is a list of contact information: Arsenic Apple Juice Contact Information.