Doctor Oz did an episode on the Battle of the Sexes with experts including Laura Berman: author of The Book of Love

, and Janine Driver: author of You Say More Than You Think: Use the New Body Language to Get What You Want!, the 7-day Plan

.  Here are the expert’s opinions on important relationship questions and men / women questions… and don’t forget to share your opinions on these topics below in the comment section! 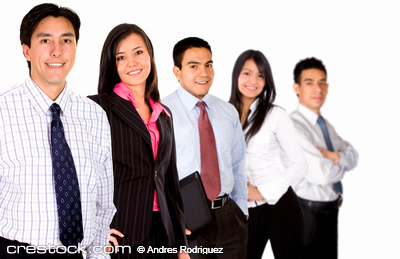 Who Are Better Communicators: Men or Women?

Janine Driver said that women think before speaking and put their family first, while men do not think as much before talking and do not think there are consequences involved.  Women are great at articulating what we want and want upsets us.

Laura Berman said that women communicate differently than men.  Men need the point first and then can hear the details, whereas women want to give all of the details from the beginning as they go along.

Dr. Oz said that guys are more visual and women are more auditory, so we sometimes have problems communication with one another.

Who Is More Likely to Have a One Night Stand: Men or Women?

Ian Kerner said it  takes a man AND a woman to have a one night stand.

Rev. Joseph “Run” Simmons said men are more likely to have a one night stand because they want their cake and to eat it too.

Janine Driver said men will have have a one night stand anywhere, whereas women want to be in a nice bed, with lots of pillows and ambiance.

Who Gossips More: Men or Women?

The audience member asked which is the best way to communicate: telephone, television or tell-a-female?

Rev. Joseph “Run” Simmons said woman talk more and want to be pretty and great, so they tend to bring other people down in order to push themselves up.

Janine Driver said that gossip is like a woman’s version of sports.

Laura Berman said that gossip is negative, toxic and all about insecurity.  Plus, information means power and so gossiping heightens your status.  Laura said that men gossip too, but maybe women gossip slightly more.

Dr. Oz said gossip changes the progesterone levels in women, and so it may be good for you, but Laura said that talking is what is good for them (not the gossip specifically).

What’s Worse: Being Cheated On Emotionally or Physically?

Rev. Joseph “Run” Simmons said that if you are cheated on physically, then you will get messed up emotionally anyway… so they are the same thing!

Ian Kerner said that guys have more to learn about emotional cheating, because it is not so obvious to them.

Janine Driver said that her ex cheated on her physically, but it would hurt her much more if her current husband was sending emails about their personal life and what their child did during the day.

Are We Meant To Be Monogamous?

Janine Driver said we are supposed to be monogamous.  When Janine said “I do” it meant that she would be with her husband for the rest of her life… this is an emotional connection.

Laura Berman said that of course we make commitments at the altar, but we aren’t pre-programmed to be monogamous for life.  When we first decided to have monogamy in our culture, we were only living until the age of 50 years old, but now we live to 100 years old and more.

Ian Kerner said that he was a child of divorce (his parents separated when he was very young), and so he has this precedent from his parents that there is always an “escape hatch” of divorce… whereas his wife, whose parents are happily married, does not think this way.