Dr Oz: How To Protect Against Mosquitos

After sharing advice on how to protect against beach lice and bed bugs, Dr Oz moved on to talk about one of the most dangerous animals out there: mosquitos. With headlines about west nile virus, zika, and lime disease there are plenty of people hoping for the strongest bug sprays with the least amount of chemicals. But what Dr Oz really wanted to know was whether chemical-free bug sprays actually work. It was time to put some of the top brands to the test.

First, Dr Oz welcomed Maria, a woman who says she and her kids are covered in bites all summer long. Her kids are two and eight, so she’s always looking for chemical-free ways to keep them safe. Luckily, the folks at Inside Edition put several different bug sprays to the test to find out how well they really work. 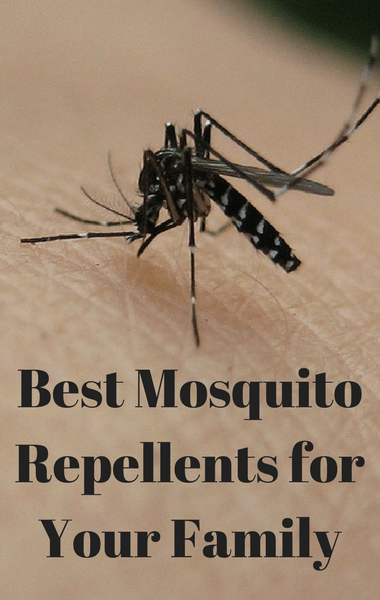 When it comes to protecting your family against bug bites, which insect repellents can you trust? Dr Oz and Inside Edition named the best brands. (nightamazon / Flickr)

First, a reporter set out to buy a variety of mosquito repellants before then heading to the USDA mosquito and fly research unit in Gainesville, Florida. The mosquitos they use at their facility are zika-free so there wasn’t too much of a concern about diseases while performing tests. Three different volunteers exposed their arms to hundreds of hungry mosquitos, including an Inside Edition producer.

The first chemical they tested was deet, which is the active ingredient in many spray repellents. They tried Off!, Cutter, and Repel sprays and they all worked. Then they tested mosquito repellent made from natural plants, like Repel’s plant-based Lemon Eucalyptus insect repellent. Again, it worked really well in preventing bites.

But what about those anti-bug bracelets? They claim to repel mosquitos by releasing a natural plant-based ingredient called Geraniol. It turns out those bracelets didn’t work well at all. Citronella candles turned out to be ineffective as well, but could work much better if more than one was used at time.

So after all the testing was complete, it turns out the oil of lemon eucalyptus was the most effective chemical-free bug repellent. It left testers bite-free and was shown to be effective for up to seven hours. It worked just as well as the bug sprays with chemicals.

Ann Mercogliano, a correspondent for Inside Edition explained that the company that manufactures the anti-bug bracelets disputed their findings and said they do work and they have millions of satisfied customers.

As for deet, the CDC and the EPA found that it’s safe for breastfeeding women, safe if you’re pregnant. Dr Oz pointed out that all the supposed negative symptoms are if you actually eat deet, not spray it on your skin. So if you’re comfortable with deet, Inside Edition recommended Off!, Cutter, or Repel with deet. You want at least 7% deet and anything more than 15% of deet isn’t that much more effective.