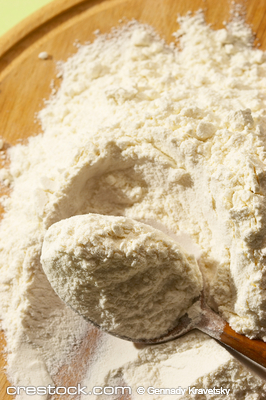 The threat of a terrorist attack using bioweapons is very real.  Anthrax, botulism, the bubonic plague, ebola marburg losa and smallpox can all be tailor-made to become a weapon of mass destruction.  So how can we protect ourselves and our families from bio-terror?  Colonel Randell Larson said that bio terror is much more likely than a nuclear attack, even though small bombs are the most likely, but the bio-technical revolution is the real game changer and much more deadly potentially than bombs.

Dr. Oz said that the following countries (and more) already have the resources to have bioweapons: Algeria, China, Egypt, France, Germany, India, Iran, Korea, Pakistan, Russia and South Africa.  All you need is a camel to get anthrax or a sick prairie dog to get the plague.  These bio-weapons are not highly protected and cannot ever be guarded since they exist naturally in nature.

Anthrax: Anthrax comes in a powdery substance, and just a pinch of anthrax would kill Dr. Oz’s entire audience.  A 5 pound bag of flour worth of anthrax, dropped on Arlington, Texas would kill thousands of people.  The way that anthrax kills is by the anthrax spores get into your bronchi when you breathe it in, where it hits tissue and gets engulfed by an immune cell.  The anthrax makes the immune cell explode and the deadly bacteria gets distributed throughout your bloodstream and kills you.  The most scary thing is that anthrax can be found in soil and any terrorist organization with $100,000 in the bank can get hold of enough supplies to make a bio-terrorist weapon with anthrax (it only costs as much as you probably spent to buy your family’s primary car!).  Leigh Vinocur said that if we have an epidemic and lots of people show-up at the hospital, we won’t have the capacity to take care of everyone.  The “good” news with anthrax is that there is only one wave, meaning that once a person gets it, they cannot really pass it on (anthrax is not contagious).  No vaccine can remove the anthrax threat, unlike small pox which is no longer a threat since Americans are vaccinated against small pox.

The Bubonic Plague / Black Plague– The plague is an ancient killer – the Bubonic (or Black) Plague killed off 1/4 of the population of Europe.  The Bubonic Plague comes from rats and the fleas on the rats.  If a bio-terrorist can take the blood out of a flea that has the plague and make a spray, they could spray the plague and infect the masses.  If you catch the plague and aren’t treated soon enough, you will die within 8 to 10 days.  There is no genetic altering required with the plague to cause a nation changing event.  What would happen if all of our doctors started to get sick?  The good news is that most hospitals (due to the H1N1 flu) are prepared with isolation wards.  With the pneumonic plague, you will catch the plague if you are within six feet of an infected person who coughs.  There is no commercially available vaccine for the plague and work is not being funded to find such a vaccine since there is no customer to pay for it (namely, the US government).

Botulism– Botulism is the most poisonous substance on the face of the earth and could be a major threat if introduced into our food supply.  Only 16 ounces of botulism would potentially be enough to kill everyone on the face of the earth.  Botulism is currently used in botox, where it works by paralyzing your muscles.  A terrorist would only need to attack one point in our food supply for this to be a major problem.  If you remember the peanut butter recall, which started with a problem in just one little farm, it impacted almost every single state in America.  Also, did you know that only 2% of food coming from outside of the country is inspected upon arrival?  There are not enough inspectors to inspect all of the food coming into our country, otherwise we would have a lot of rotten seafood.

So we know that bio-terrorism is likely the next form of a terrorist attack on the US, so how can we protect ourselves and our families from bioterrorist attacks?

1.  Reverse 911 – there are places in each town where you can register for something called “Reverse 911” through which your local jurisdiction will call YOU in the case of an emergency.  You can also see if your town has any social media you can sign-up for (like facebook or twitter) to keep you informed.

2.  Disaster Kits – put one of these together immediately!  You should plan that you need 1 gallon of water per person per day (and you want a 3 day supply)… Don’t forget your pets either!  Don’t ever let your medicine run down, keep a backup supply.  Store a few rolls of toilet paper, diapers, canned foods, a radio, batteries (lithium batteries last 5-7 years), a flashlight, sleeping bags, passports, driver’s license or other forms of identification, always keep some cash on hand, and a list of emergency contacts for people out of your state.  Also, don’t forget to sit down with your family and decide on where you will meet up in the case of an emergency, and know your children’s school evacuation routes.