Dr. Oz brought a 12 year old boy onto his show named Tiger who weighs 222 pounds, while everyone else his age weighs under 100 pounds.  Brian (Tiger’s father) and Marsha (Tiger’s mother) are worried that Tiger is headed down the same dangerous path as his father.  Brian recently had his 5th stint put into his heart and has had lots of heart problems.  Marsha feels like the drill sergeant at home, because it is hard to be the bad guy and keep everyone in line.  But Tiger says that he really needs his parents help to get healthy, because he cannot do it without them. 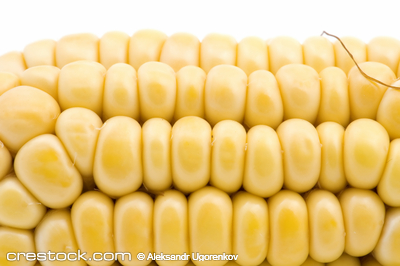 Tiger said that kids make fun of him and tease him, but he luckily has lots of good friends who stick by his side.  Recently, Tiger’s parents pulled him out of school.  Tiger is sad, emotional and discouraged… but Brian said that Tiger has never failed at anything and he could even be the mayor of the town with how much everyone loves him.  Tiger’s biggest hope for when he goes back to school is that all of the kids who tease him would treat him the same as the other kids.  Tiger knows that he isn’t the only child struggling with weight, so he hopes during his journey that he can inspire a bunch of kids.

Dr. Oz said that with children, he doesn’t like to focus on a weight because their weight will fluctuate as they grow taller.  Tiger’s waist is 48.5″, his HDL (good cholesterol that cleans the arteries) is 35, triglyceride level is 188, and the chemistry of his liver as measured by ALT levels (which shouldn’t be over 40) has been ranging between 32 and 46… this is basically Tiger’s liver screaming out for help.  Right now, Tiger has a fatty liver which is reversible… but if he doesn’t get healthy, Tiger will get cirrhosis of the liver which isn’t reversible.  Yes, cirrhosis of the liver can be from fat, not just from alcohol!

Lisa Hark from the Emory University School of Medicine (Nutrition for Life: A No Fad, Non-Nonsense Approach to Eating Well and Reaching

) says that being home-schooled, Tiger has to be very careful with food at home.  The learning process must take place outside of the kitchen, and they must decide on specific mealtimes.  Tiger’s family’s biggest problem is eating out too much and bringing in takeout food.  One of Tiger’s favorite foods is BBQ, which has 1300 calories, 50 grams of fat and 80 grams of sugar.  This is double a normal adult portion for Brian, and triple a normal child’s portion for Tiger.  Instead, Brian and Tiger should split one of these.  If you get fries, you should split them and try other sides like corn on the cob and steamed vegetables like okra.

Linda Craighead PhD, author of The Appetite Awareness Workbook: How to Listen to Your Body And Overcome Bingeing, Overeating, & Obsession With Food

,says it is very important that you aren’t hungry when you go on a diet.  What does it mean to feel full?  Linda Craighead has a hungry scale from 1 to 5 where 1 is starving and 5 is completely full.  You should start eating when you are around a 2, which is hungry but not starving.  If you wait until you are starving, you will overeat.  And you should stop eating when you are around a 4.

Eddie George, a NFL football player, joined Tiger and Dr. Oz to teach him so off season training rituals to prepare for the football season.  First, you tap your feet (hoping back and forth between your two feet), then you squat, and thrust your legs back with your hands on the ground, then come up and repeat!