Dr Oz had two of his viewers spend three days with a human heart. The women agreed to carry the hearts, the were cradled inside clear plastic boxes, to see if it could be the wake up call they desperately needed to improve their health. Roxanne is 43-years-old and she often eats fast food, doesn’t exercise, has borderline cholesterol, and has elevated blood pressure. She has a family history of heart disease and knows she needs to take care of her one- and-a-half year-old son.

Jodi is 46-years-old and works full-time nights as a nurse. She’s the mother of three active children and has high cholesterol, as well as high blood pressure. Her dad had a heart attack in his 40’s and died of a heart attack at the age of 71. 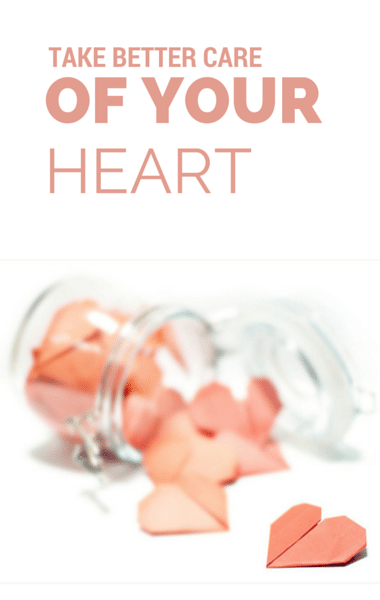 Dr Oz conducted a little experiment to serve as a wake up call to two women who were at risk for heart disease. (yunir / Flickr)

Jodi and Roxanne met with Dr Oz’s med team to find out their task. They were put in charge of carrying around, for three days, a heart of someone who had heart disease. They had to take it with them everywhere and look at it before making every decision, thinking about how it would affect their own heart. Jodi recognized that all the food in her pantry, likely wasn’t doing anything good for her heart, saying she was thinking twice about eating the unhealthy food.

Roxanne was already motivated to go for a run, which she has’t done in years. Jodi also took the time to go for a walk, realizing how good it made her feel. The two women both made healthy meals for themselves. They knew pretty quickly that they needed to make better decisions in terms of their health so that they could be there for their families.

Dr Oz: A Reminder To Get Healthy

Dr Oz was then joined on the show by Jodi and Roxanne. Jodi said she kept thinking her own heart didn’t look like the one she was carrying around. Roxanne said her having the heart pushed her to do better because she wants to live to be a grandmother. When the cameras stopped rolling, on the second and third days, they got a few more questions from people but they were happy to explain what it was about.

Jodi said if she could tell her father something she would’ve told him to take it seriously, because it wasn’t something to joke around about. Jodi said her father expected to die early, but if he had taken it seriously he could’ve lived a lot longer. Dr Oz shared the story of Linda, a woman who saw a show on the heart and then went to see her doctor. She was told her heart was a “ticking time bomb.” She was a stewardess, so she ended up using her experience to educate others about the warning signs of heart disease.

Jodi said “find a way to make time for yourself… because you deserve it and your family deserves to have you around for a long, long time.” Dr Oz said to find one thing that would motivate you to change, and carry it around with you. For me, it would easily be a picture of my son. What would your health reminder be?