Doctor Oz turned 50 over the summer, and to kick off the new season of the Dr Oz Show, he did a segment on colonoscopies where he showed himself getting a colonoscopy for the first time. August 13, 2010 is when Dr Oz went in for his routine colonoscopy, and just three days later Dr Oz got shocking news about having what could become Colon Cancer!!! This was a fascinating segment and it should be a great wake-up call to everyone out there!!! 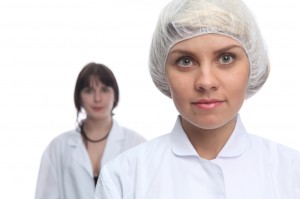 Dr Oz said “life is what happens when you are busy making other plans”… which is so true. Everyone is always busy making plans in their life, but relatively few people pencil in to do a colonoscopy and other life saving screens and tests.

Dr Oz’s colonoscopy process the night before the scheduled procedure.  He picked a flavor (lemon lime was his flavor of choice) and poured it into a big jug along with some water.  Oz then drank the liquid (8 ounces at a time) every 10 minutes.  He said it tasted like a mixture of chalk, baking soda and gum.  Having done this test myself, I can also vouch for the less than pleasant taste of this liquid!  The liquid makes you run to the bathroom all night long as it cleans out your colon.  You can also feel bloated, nauseous or have some stomach pain.

The next morning, at 7 am, Dr Oz went to Dr. Jonathan LaPook’s office for his colonoscopy.  Dr. LaPook found a polyp silently growing inside of Mehmet’s colon.  There are no nerves in the colon, so you don’t feel anything when they do a biopsy or remove polyps.  LaPook sent the biopsy to Kathleen O’Toole, a pathologist, to view the polyp under a microscope.  She showed what the polyp looked like under the microscope, and she said that the darkly stained segments were called crypts and she concluded that Dr Oz’s polyp was an actively growing cell population.  O’Toole called LaPook and said that Dr Oz had an adenoma polyp, which is a polyp that can become cancer over time.  A benign and less dangerous polyp is called hyperplastic.

If Dr Oz had not had a colonoscopy, he could have developed Colon Cancer, which is the second leading cancer killer.    32,000 Americans die from colon cancer every year because they were never screened.  Dr Oz said he was shocked, stunned and humbled by his results and that his life was saved because he got screened.  He said that not knowing what the polyp would turn out to be all weekend was like torture, which I can totally sympathize with.  Often, men tell their doctors to just keep them alive so that they can walk their daughter down the aisle at her wedding.  This is one test that can help increase your chances of walking her down the aisle!!!  If Dr Oz was obese and was not a healthy person, that innocent polyp could have already been a cancer.

The top symptom of pre-cancerous polyps is if you say “I’m feeling perfectly fine, lets go to lunch” – so you have NO symptoms.  You must get screened to find out if you have polyps.  Women get it just like men.  70% of people who get polyps have no family history of it at all.

Your colon is 4 to 5 feet long.  I found it interesting that Dr Oz apparently has IBS and that is apparently often found in people with longer colons.  I wonder if my colon is particularly long… I have had a colonoscopy but the doctor never told me one way or the other… during my  next colonoscopy I will definitely be asking about this in advance!!!  During a colonoscopy, they put a long cord or tube inside of you and there is a fiber-optic light inside of the tube.  If the doctor sees a polyp, he can use forceps to go through the tube and use pincers to remove it.  Another options is for the doctor to use a wire to lasso around the polyp, electrocute it and then remove it.  It can take a polyp 10-15 years to turn into cancer, so if you can find it and treat it during that time, you won’t get colon cancer.  If a parent or sibling has had polyps or colon cancer, you should get screened with a colonoscopy at 40 years old.  Otherwise, you should get a Colonoscopy at 50 years old.