Dr Oz: Calories Of Rice Cut In Half

Rice is a kitchen staple all over the world, but new research says you can cut calories in your rice, potentially by half, with one surprising ingredient. The problem is that rice contains a lot of calories but there is one big secret to making it a lot more diet-friendly. The dietary downsides of rice include a higher risk for diabetes because of the 200 calories in one cup that is digested quickly and turns into fat. 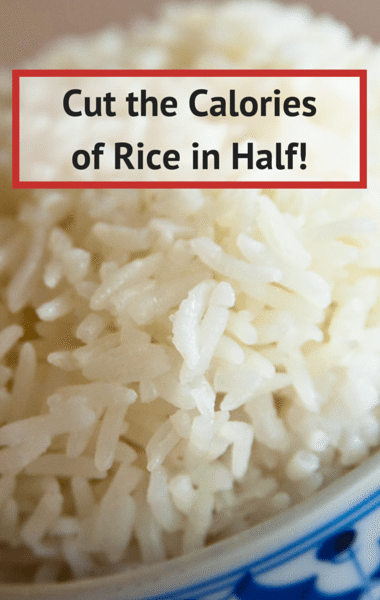 You can cut the calories of your rice in half with just two simple tricks. (stevendepolo / Flickr)

So what’s the secret ingredient? A teaspoon of coconut oil. Dr Oz explained that rice is made up of two kinds of starches, digestible and resistant. You want the resistant starches. When you cool rice and then reheat it again, you change the structure so that there’s actually more of the resistance starches. Coconut oil can make it even more resistant, so by doing both together, you can lower the calorie count to 100 calories per cup.

To do this, you boil water and add a teaspoon of coconut oil. As soon as the coconut oil has melted, add in the rice, and cook it just like you normally do. Next, let the rice cool for 24 hours in the fridge before reheating and using it any way you want. Just like that, you have lower calorie rice!

Dr Oz: Should You Be Drinking Tea?

Next, Dr Oz said that although tea is the second most consumed beverage in the world, tea has always come second to coffee in the U.S. But Dr Oz wanted to shine a light on tea and explain what disease green and black tea have been linked to preventing. Plus, what you should really be drinking. Dr Oz first turned to Dr Tieraona Low Dog, who said she recommends tea to her patients because drinking just three cups of tea a day can reduce your risk of stroke and cardiovascular disease.

Dr Michael Roizen shared that both coffee and tea have been linked to reduced mortality rates. Kristin Kirkpatrick said choosing unsweetened tea in place of other drinks like cola and juice can make weight loss a little easier. Dr Oz’s team found  strong evidence supporting the idea that tea can reduce the risk of liver cancer and disease, depression, heart disease, and diabetes.

There is some evidence that tea can reduce the risk for lung, endometrial, and prostate cancer, as well as blood pressure and LDL cholesterol. What’s unclear still, is the link to reduced rates of brain cancer and inflammation, as well as easier weight loss.

Dr Oz: Which Tea Should You Drink?

One woman shared with Dr Oz that she drinks tea to replace other caffeinated beverages, as well as to promote better health and avoid illness. Dr Oz said because it’s safe in moderation, he recommends three cups of tea a day. Dr Oz explained that green tea has 180 mg of antioxidants, which is more than black and oolong tea. To up the amount of antioxidants in your tea, let it steep for 3-5 minutes. If you want to enjoy it for the flavor, only steep for one minute. I like to cut it in the middle and go for two minutes.