The Choking Game is played by children, either when they are alone or with other kids. The purpose is to suffocate themselves and cut off the blood supply from their brain. When they go lightheaded, they loosen the belt or scarf that is suffocating them, and then their brain fills with a rush of blood, which gives them a natural and legal high. 82 children died playing the Choking Game since 1995, and some people estimate that 1000 children die every year from this deadly game. Dr. G, the Medical Examiner, said there has been a resurgence of children playing the Choking Game in the past 5-10 years as young kids are trying to get a cheap high. So what are the warning signs that you should be looking for to help save your children’s lives? This is a must read for anyone with children – don’t forget to pass this on to your friends and family! 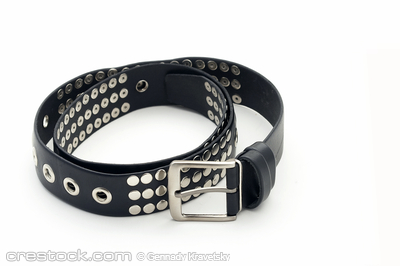 How can you tell if a person has committed suicide or died from The Choking Game? When you play the Choking Game, a ligature mark that is a slight horizontal bruising will show, whereas with most suicide cases there tends to be more of an inverted v than a horizontal line bruise.

Doctor Oz brought the mother and father of a boy named Alex who died 3 months ago from the Choking Game. Alex loved basketball and snowboarding – he loved life and had many friends. His father found him one day with a belt around his neck, tied to a closet bar. Alex’s parents knew it was not suicide, because he would have left a note if it was a planned death.

Alex’s best friend – Shawn – said he did not know that people could actually die from playing the Choking Game. Shawn has also played this deadly game before, and he said that when you are about to pass out, you feel like you are going to sleep… you do not feel like you are passing out. And when you loosen the belt or scarf from around you neck, you get this euphoric high feeling

Dr Lawrence Shapiro, author of How to Raise a Child with a High EQ: A Parents’ Guide to Emotional Intelligence

, said that groups of kids play the Choking Game in a variety of situations: when they are nervous about a test, on the playground, or at home.  Early adolescents like to experiment with their bodies, and doing the Choking Game even one time is enough to get a seizure, fall down and get concussion or even die.  So like the father on Dr. Oz said, lets each try to tell 5 strangers about The Choking Game, or at least e-mail this article to 5 friends or family members!