Dr Oz introduced Dr. Andrew Weil, MD, the Pioneer of Holistic Health and author of “Spontaneous Happiness,” who presented a Happiness Plan.  In his late 20s, Dr. Weil became aware of his periods of depression.  He noticed things weren’t right and that he was not feeling joy or happiness and felt life was not worth living.  He was also constantly agitated, chewing on his fingers and pacing.  At that point, he thought his condition was un-fixable.  The worse periods were when he was in South Africa.  He had a feeling of disconnect with all of the beautiful surroundings in that country.  Dr. Weil’s goal was to make depression tolerable and believed that there were changes you could make to improve your moods.

1 in 10 Americans are taking anti-depressants and that number is going up.  The number of children on psychiatric drugs is going up as well.  In his early 40s, Dr. Weil took anti-depressants for 4 days and could not tolerate it. He felt that emotional moods were supposed to vary and that it was not normal to be happy all the time.  Dr. Weil believed that he had mild to moderate depression.  He felt that there was a reason that people became depressed.  According to Dr. Weil, depression was an inward attentive focus in which we chewed something over and over.  Dr. Weil believed that we have an epidemic of depression and that a significant portion of depression had been created by the medical field.  According to the medical profession, ordinary states of sadness should be treated with drugs, which he believed wasn’t necessarily the case.  Our lives are different from people of the past.  Depression was unknown in primitive cultures, specifically within the hunter and gatherers.  The hunter and gatherers didn’t have any noted cases of depression.  However, Dr. Weil feels that today, we’re eating differently and that there is greater social disconnection than in the past.  According to Dr. Weil, the conveniences of modern life have led us to live in cocoons and therefore we’ve lost the sense of community and concept of socializing.

Dr. Weil looked up happiness online and found that the root definition of happiness comes from luck or fortune (outside factors). 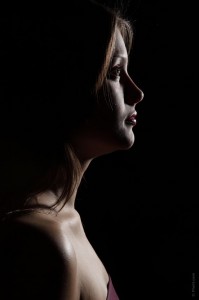 According to Dr. Weil, this was not a good place to pin positive emotions.  He believes happiness should come from inside.  Dr. Weil stated that seeking happiness outside yourself was not a good idea.

Dr. Weil’s 4 week plan for happiness is consistent with the integration of medicine.  You can do this on a physical level to include exercise, dietary supplements, meditation, and concentration. You can open yourself to happiness.

Christine, an audience member, stated that happiness was not the same as it used to be.  She was not taking care of herself and felt her “well had gone dry.”  Christine had been dealing with depression for six months and now she feels empty and drained.

Take Multivitamin of 3B Vitamins: Folate and Vitamin B6 (400 mg/day)

Reestablish Social Connections: Social media has become a substitute for social interaction.  Dr Oz asked audience member, Christine, to think of someone who needs her forgiveness and then forgive them.  Christine stated that she and her sister had become distant since a falling out and, while they talk now, they haven’t been as close as before.  Dr. Weil noted that forgiveness was done for yourself and not for someone else.  You give up the toxic burden of carrying around the anger when you forgive.

Place a Curfew On Incoming Information: The internet, cell phones, and texting are affecting our brains.  Dr. Weil asked Christine to place an eight o’clock curfew on her use of social media.  Christine said she could do the laptop, but would need to work on the cell phone.  (I’m actually the opposite.)