Doctor Oz did a segment on the Empty Nest Syndrome Weight Loss Plan Diet, and then followed it up with a segment about a woman named Barbara who recently became an “Empty Nester.”  Barbara’s daughter went off to college and now she feels sad and like her daughter no longer needs her the way she used to.  She feels a huge void and has been filling it with food.  She will cook her daughter’s favorite foods and put it in the fridge, which she of course ends up eating (like baked ziti).  Barbara said that even her dog gained weight!  Plus, since Barbara wears scrubs to work every day, the stretchy waist makes it even easier to gain weight without noticing.  She wants to get back to her old weight!  Barbara said she is so proud of her daughter, but not very proud of herself. 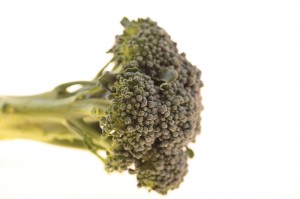 Barbara was shocked by the 49% body fat, which is a hard number to swallow.  But Dr Oz gave her a plan to get back on track, and I have a feeling she can do it!  Dr Oz said that Liz Josefberg is going to work with Barbara, so I guess she will be on the Weight Watchers plan.

Josefberg told Dr Oz that every person takes a Weight Watchers quiz to determine the number of Weight Watchers points they can consume each day.  In addition, you have an extra flexible 35 points for the week that you can splurge and use however you want.  Barbara is starting at 23 Weight Watcher’s points.

Weight Watchers also has something called “filling foods” which are foods that are high in water, fiber and protein.  Plus, Josefberg showed Dr Oz how just one doughnut can be replaced by an omelet, fruit salad, Canadian bacon and a latte all for the same number of weight watchers points… that must have been one unhealthy doughnut!