News of exploding Samsung Galaxy Note7 smartphones have been scattered across headlines for weeks. Naturally, cellphone users have since been on edge. The cause of the overheating appears to be a defect in the phone’s lithium ion battery, which was also the cause of exploding hover boards months ago. There have also been alleged reports of exploding iPhones, which is why Dr Oz wanted to find out just how safe your cellphone is.

As Dr Oz pointed out, those lithium ion batteries aren’t only used in phones. They’re also commonly found in computers, power tools, and even toys your kids are playing with.

Lithium ion batteries have two different electrodes and chemicals move back forth, creating a cycle. There’s a separator or a barrier within the battery to keep the positive and negative electrodes from touching. Whether due to faulty manufacturing or rough use, a crack can occur in the separator, bringing those electrodes together, causing the battery to short-circuit and spark or even burst into flames. It can happen to any device with a lithium ion battery in it, but Samsung has been the target of the negative press. 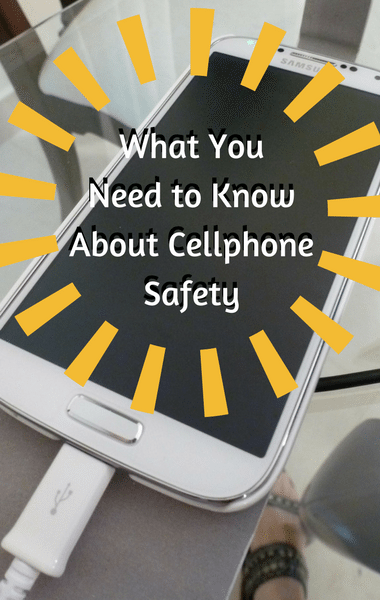 Dr Oz shared the latest news about exploding cellphones and how you can be sure to protect yourself from potential burns. (mrsdkrebs / Flickr)

In a statement, Samsung said “Through our investigation, we learned that there was an isolated issue with the Note7 battery cell manufacturing process that could in very rare circumstances lead to overheating of the battery cell.”

Consumer expert Lisa Lee Freeman explained that lithium ion batteries are used in nearly all smartphones today because they hold a charge well, they charge fast, and are lightweight. There are two reasons a battery explodes: a defect or overheating because of misuse. When you charge your phone overnight, it could get overheated. You’re much safer charging your phone in short bursts during the day. It’s also better not to charge your phone to full.

You also want to charge your phone on a hard, flat surface to prevent it from overheating. Heat speeds up chemical reactions and could cause a short in the battery. If you feel your phone getting hot, turn it off or stop using it for 10-15 minutes. It wouldn’t hurt to take the case off as well, but just don’t stick your phone in the fridge or freezer because that will fry your battery!

Running too many apps at the same time can cause your phone to overheat, especially if you’re downloading apps or music and using your GPS at the same time. Additionally, recent studies have shown that radiation from cellphone exposure is a potential carcinogen. Not to mention, research has shown that if we’re constantly using our phones, we’re releasing stress proteins and could be damaging brain cell activity. All the more reason to take more frequent breaks from your phone whenever possible!

When you do use your phone, try to keep it away from your face as much as possible. When talking on the phone, hold it at least an inch from your ear. Don’t keep your phone in your pocket because it could cause overheating and don’t use your cellphone in the elevator. You really don’t want to fall asleep with your phone under your pillow or even on your bed!

After having gotten the bad news out of the way, Dr Oz then wanted to share how your smartphone can literally save your life. First, did you know that you can actually dial 911 with just your voice? To do that, you first have to program your phone to make it possible. For an iPhone, go to settings, then click on “Siri” before pressing “Allow Hey Siri” and turning the switch on. You then have to repeat “Hey Siri” several times so your phone recognizes your voice. In an emergency, you just have to speak into your phone, and as clearly as possible say “Hey Siri, Call 911.”

Also, as part of the health app in your iPhone, you can create a medical ID that allows first responders to learn critical information about you, even if your phone is locked.