Dr Oz: The Most Shocking Health Myths Even Your Doctor Believes

On today’s show, Doctor Oz put some of your most believed health myths to the test to find out if they were fact or fiction. The Doctor Oz Show found that thousands of doctors believed in some of these old wives tales and even prescribed some of them to their patients as treatments. Dr Oz says, what some doctors have been telling you is wrong!

Does Reading In The Dark Hurt Your Eyes?

Myth 1: You’ll hurt your eyes if you read in the dark- MYTH! 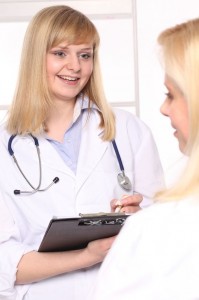 Over years, doctors told their patients to never read in the dark because you’ll damage your eyes. Annette, an audience member, told Dr Oz that she was told that reading in the dark would put a strain on the eyes.

Dr Oz says that what actually happens is that the muscles behind the eyes allow the lens to adapt to bring in more or less light. Sometimes the muscles strain and you get bloodshot eyes or eyestrain, but it does not do lasting damage. Some believe that reading in the dark burns the muscles and Dr Oz says that is not true.

Should You Hold Your Head Back To Stop A Nose Bleed?

Myth 2: Hold your head back to stop a bleeding nose. MYTH! This myth can actually be dangerous to your health. Many hold their heads back as if gravity will stop the flow, but doing this may cause more harm.

Megan, an audience member, stated that she had chronic nosebleeds and she tilted head back as per the doctor’s orders. Dr Oz says that this method may work, however, it is not the wisest way to go.
When you put pressure on the nose, it’s dangerous because if it’s dry outside the nose cracks inside. When you tilt your head back and the bleeding continues, the blood has nowhere to go except toward the throat and down the esophagus, eventually landing inside the stomach. The stomach gets irritated and you wind up vomiting. The best way to handle a bloody nose is to sit down, lean head slightly forward and put pressure on the soft part of the nose for about 5 minutes. If the bleeding continues, keep squeezing for another 10 minutes.

Myth 3: When you get a cut, to stop the bleeding, clean it up and do not use bandages, allowing the cut to get some air. MYTH! This method has been perpetuated for years. Many people (including some doctors) believe that cuts heal faster without bandages. but according to Dr Oz, that’s not true.

Cathy, an audience member, told Dr Oz that she has 2 teens and was constantly dealing with cuts and bruises. When her kids got cuts, she would clean the wound and let it dry by itself.
Dr Oz says that if you don’t use a bandage on the wound, the body has to make its own covering (a scab). The scab grows because it’s exposed to dry air and then forces the tissue apart, which causes much slower healing of the wound. Instead, put a bandage on a wound to keep it in a moist environment to allow the tissue to come together instead of growing apart. This will allow the cut to heal naturally and faster. (You can also use antibacterial ointment.)

Should You Put Ice On Burns?

Myth 4: Treat a burn with ice. MYTH! This may actually damage the skin around your tissue more. Carrie, an audience member, stated that she has always used ice for her burns because doctors (and mom) have told her to do so.

-Third degree burn- you lose the structure of the skin

According to Dr Oz, do NOT place ice on any type of burn. When you put ice on the wound, you create a chemical reaction in the skin that causes more damage than the burn in the first place. Instead, to reduce the inflammation around the skin, place your hand (or the burned area) in cold water for 20 minutes. Also, take ibuprofen.