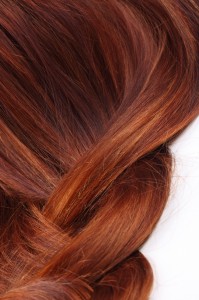 One viewer told Dr Oz that she has the best Home Remedy for Youthful & Shiny Hair.

You mix what looked like about 1 cup of mayonnaise with 1 egg and 1 cap-full of white vinegar.  Massage the hair mask through your hair, and put a shower cap on so that it can soak in as a deep conditioner treatment.  Then after 20 minutes or so, take a shower.

One dermatologist said that she would avoid this hair mask because of the potential residue.  I personally was thinking that it might be better to use apple cider vinegar than white vinegar, because apple cider vinegar is effective at removing residue from hair.  I will  have to give that a try!  The other two dermatologists seemed in favor of this hair mask home remedy and said that if your hair is damaged or has lots of chemical treatments, the mayo and egg will coat the outer layer of your hair so that it will be brighter and reflect more light.  Vinegar is also great for your nails, according to one of the doctors.