The Centers for Disease Control has official declared prescription painkiller abuse in the United States, an epidemic. An average of 46 people die from prescription drugs like Vicodin every day. It’s a crisis we’re all effected by. Dr Oz sent investigative reporter Elisabeth Leamy undercover to find out just how easy it is to shop for prescription painkillers.

Drugs like Percocet are considered the gateway drugs to heroin, with prescriptions for pain pills being the easiest way to open the pathway to a potentially deadly addiction. Often times people will receive a prscription for pain medication for a perfectly legitimate medical reason, but your body likes the way you feel “and soon enough, you’re hooked.” 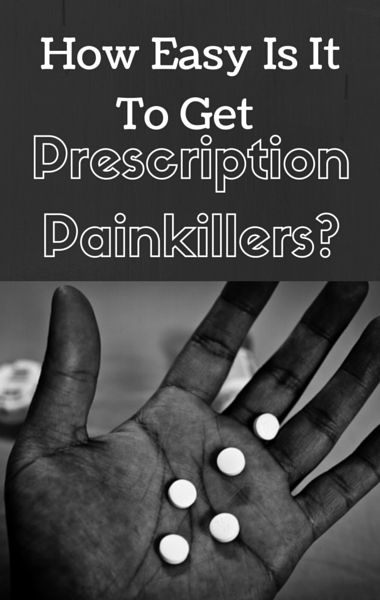 Dr Oz sent investigative reporter Elisabeth Leamy undercover to find out just how easy it is to get a prescription for painkillers. (instantvantage / Flickr)

Elisabeth Leamy shared that she went to the emergency room after a car accident a few years ago and even though she described her pain as “mild,” she was still given a prescription for Vicodin, a powerful opiate. She went undercover to three medical offices and one dentist. Some warned her about the addictive nature of narcotic pain killers and refused to give them to her. But when she visited an urgent care clinic, they first wanted to give her an anti-inflammatory, until she asked, just like addicts do.

“For that I’ve had Percocet. Is that a possibility for this?” Elisabeth asked.

The doctors acknowledged that Percocet was pretty strong, and even said she wasn’t sure if Elisabeth needed to be medicated that strongly, but said she could give her a few if the pain was really severe. She received a prescription for five Percocet pills.

Dr Oz: How Easy Is It To Get Narcotics?

Elisabeth Leamy sat down with Dr Oz and explained that one in four places she went to gave her narcotics, but not one asked about her family history. None of them asked if she personally had problems with addiction in the past. She said it actually didn’t surprise her, likely because of her own past experiences.

Elisabeth shared that a recent study showed that when people ask for a specific pain killer by name, they get it about 20% of the time. When they don’t name it specifically, they only get something that strong about 1% of the time. Dr Oz said people like him need to be trained and be aware of people hiding their addiction history. He said he doesn’t think he was ever given proper education in the use of opioids for the management of pain and he certainly isn’t alone. He believes that the medical community is advancing.

The American Dental Association has had a major education campaign and a nurse practitioner specifically explained that “the feds” have been cracking down on prescriptions and monitoring them. If they prescribe too many controlled substances, they’ll get kicked out of the medicare program.

Dr Oz had previously shared what four questions you need to ask your doctor before being prescribed a pain medication, so be sure you know those questions in order to protect yourself.