Dr Oz did a show called Wildest Medical Emergencies Caught On Tape.  A lady named Alice was saved by a Lung Transplant and an OnStar Adviser who helped her get to the hospital on time.  Plus, a couple delivered their baby (Colin) in their car with the help of a 911 dispatcher.  Do you know how a shoelace could save your baby’s life if you ever have to deliver a baby in a car?  Plus, do  you even know how to deliver a baby in a car?  There are so many valuable takeaways from this Doctor Oz segment!  Don’t forget to also read this segment on 911 Mistakes and to print out your 911 Emergency Chart.

A lady named Alice had a rare Lung Disease and was in desperate need for a Lung Transplant.  One day she received a call 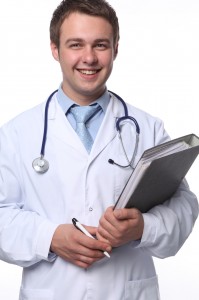 that a match was found, but she had to get to the hospital immediately.  Add to that the fact that she only had enough oxygen in her tank to get to the hospital, and you can understand how much stress Alice and her husband were under.  They ran into a major traffic jam that could take up to a couple hours to get through, so Alice decided to push the OnStar Button in her car.  The OnStar Adviser called 911 to get a police officer to help escort them out of the traffic.  All looked well… until they ran into yet another traffic jam.  So the OnStar Advisor called for another police escort and sure enough they were able to get to the hospital in time.

Dr Oz said it has been three years since Alice’s Lung Transplant, and Alice said she feels wonderful now but when she was driving in the car and running out of oxygen, she felt like she was in a total panic.  She said if she had not reached out for help, she would have almost definitely died.  Doctor Oz said that he has seen people miss their appointments with destiny and miss an organ transplant deadline, so this really is very special.  Alice is thankful for every breathe she takes and said she would not have been here without OnStar Advisor Janeice Washington.  Dr Oz setup a reunion between Alice and Janeice that was clearly emotional for both of them.  Janeice said they put a lot of effort and training into being prepared, and when you get a call like that you really want to know that everything turns out ok for the person.

Dr Oz’s second Wild Medical Emergency Caught On Tape was the incredible birth of Baby Colin, which happened in the car!  As Jeremy and Amber were driving to the hospital to give birth to their baby Colin, Amber told Jeremy to pull over to the side because the baby was going to come out.  Jeremy called 911 and the dispatcher told him to support the baby’s head and shoulders as it comes out, and within seconds the baby was delivered and crying, but then the dispatcher said that he needs to look for something to tie the umbilical cord.  Jeremy looked around and all he could find was a shoelace in his shoe, so he took that out and tied it tightly around the umbilical cord and Dr Oz said that this saved the baby boy’s life.  Jeremy said that the ironic part is that 90-95% of the time he wears slip on shoes, but it just happened that on this day he was wearing shoes with shoelaces.

11 day old Baby Colin and his parents came on the Dr Oz Show and Jeremy said that his first reaction when this happened was disbelief and denial.  Doctors spend years learning to deliver babies, so he was pretty nervous to say the least.  Amber said it never even occurred to her to not trust Jeremy to do a good job of delivering the baby, because all she knew was that the baby was going to be born right then and there.  Jeremy said that when Colin’s head was partially out, it was blue and purple because the umbilical cord was wrapped so tightly around his neck.  He was very scared he would lose his son but knew that he had to tell Amber to push again really hard, and as soon as that happened the umbilical cord loosened.

Doctor Oz setup a reunion between James Greer, the 911 Dispatcher Operator, and the parents with Baby Colin.  Greer said that he deals with robberies, murders, rapes and so many negative things daily, but it is such a great feeling to be there to help bring a new life into the world.  He said that he went through 6 months of training, and somehow his mind brought up something he learned briefly about the importance of tying off the umbilical cord shortly after the baby is born.  The moral of the story for me is that you should carry a shoelace or string in  your purse (or leave one in the car) if you or your loved one is pregnant, because you never know when you might need it.