Doctor Oz spoke about Hutchinson-Gilford Progeria with Kaylee, a little girl with Progeria and her parents Tim and Marla.  Only 62 people on the planet are known to have Progeria.  Progeria occurs once in every 8 million births and these kids soon show signs of premature aging because their body cells diet much earlier than normal.  Most kids with Progeria won’t live to 20 years old and have symptoms including hair loss, skin tightening, joint stiffness and even cardiovascular disease. 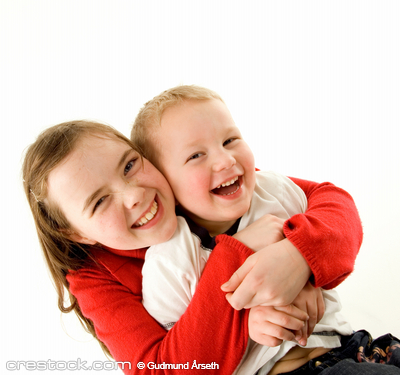 Happy together from Crestock Stock Photo

Kaylee has so much life in her and is incredibly adorable and sweet.  She says that Progeria makes her bald, but she made sure to point out that she did have hair when she was a baby.  Doctors at the University of Michigan gave Kaylee her diagnosis.  Dr. Jeffrey Innis obtained molecular tests to confirm Kaylee’s diagnosis.  Dr. Innis said that in Progeria you have accelerated aging, but there are no signs of an increase in malignancy or cancers, which means that we may be able to separate out the aging process and learn from it.  Progeria is basically a subset of features of aging, and may just hold the key and some clues to the aging process.

Leslie Gordon, the medical director of The Progeria Research Foundation, has a son with Progeria.  Leslie said that they discovered the LMNA gene mutates and seems to be responsible for Progeria.  Everyone makes a little progerene, which Leslie Gordon calls the “enemy protein”, but people with Progeria produce a lot of this.  For more information on Progeria, Doctor Oz posted this Progeria Fact Sheet.