Dr. Oz talked about Ryan Hammons, who began having visions at just 4 years old of his “past life”. They were memories of someone who died before he was born. Ryan is convinced he lived another life and that reincarnation exists.

In 2009, Ryan started telling his mother Cyndi tales of his past life. He insisted he’d been alive before and wanted to leave his Oklahoma home and visit his “other family” in Hollywood. He had no other family in Hollywood, but he described living on a Los Angeles street that had the word “rock” in it. He also recalled being a dancer in the 1920s and moving to Hollywood in the heydey of the silver screen. He remembered acting alongside Mae West and almost getting pummeled for chatting up Marilyn Monroe. 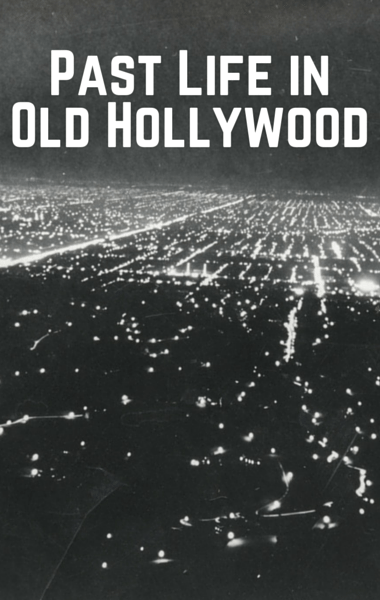 Dr. Oz talked to Ryan Hammons, a young boy who believes he lived before in the heyday of Hollywood as a man named Marty Martin. Is reincarnation real? (simpleinsomnia / flickr)

His mother Cyndi was puzzled and worried by these memories. But Ryan’s memories were so detailed. Cyndi checked out books on old Hollywood out of desperation to help Ryan out. In one of those books, they found the photo that changed everything. It was a photo from the 1932 movie Night After Night, starring Mae West in her film debut.

Ryan pointed to one of the men in the photo and said it was him. That man died more than half a century ago. Cyndi looked for experts to see if what her son was saying could be true. The experts looked at 50 statements Ryan said to examine the life Ryan said he’d lived before.

Cyndi said that it started with nightmares. One night, Ryan told Cyndi that he used to be somebody else. He told her that he’d raised three boys he wasn’t related to and that he’d lived in a big house with a swimming pool in Hollywood.

She said that Ryan’s vocabulary would change and his memories were so detailed that she became convinced they were real.

Ryan’s dad Kevin was also in the studio. He said that he didn’t know what to believe when Ryan started the stories. He’d been in law enforcement for many years and he’s interviewed and interrogated people before. But he had no doubt that Ryan really was telling the truth.

Ryan eventually discovered the name of the man he was in a past life was Marty Martin. Ryan made a list of all the items he remembered from that life, including that he lived in New York when he was onstage, he visited Paris, he worked for an agency, he had a little girl, and he lived in a big house. The list went on and on.

Cyndi reached out to Dr. Jim Tucker for help, a child psychiatrist and author of the book Return to Life. He’s spent years talking to children who claim to have had past lives. He said what made Ryan’s case unique was that he was able to point to a picture of an obscure person of the past and said that’s who he had been.

Dr. Tucker said Ryan initially had over 200 statements of this guy’s life, but they weren’t able to confirm all of them. But they did confirm 55.

One of the strangest was one he seemed to be wrong on. He said once that he didn’t understand why God would let you die at 61 and then have to come back again as a baby. When they got Marty Martin’s death certificate, it looked like he was 59. Dr. Tucker talked to Marty Martin’s daughter, who said Marty had been 61 when he died. Dr. Tucker looked at three census records and listings for two marriages that showed a birth date that would be consistent with age 61 and not 59. So the death certificate was wrong and Ryan was right.

Dr. Tucker said that after years of study, he thought we now have good evidence that some young children have knowledge of a life from the past. The most straightforward explanation is that this knowledge is memories, meaning that these children remember a past life. This might mean that when the previous person died, a part of the person including memories and emotions continued on into the new life.

Ryan said that one thing that did not carry over was Marty Martin’s greed. He said Marty would work and work and not spend time with his family. This is not something Ryan intends to do in his current life.