On today’s Dr Oz Show, Dr Oz brought out Jane Fonda, who was willing to give her biggest life lessons from her past. At 74-years-old, Jane felt the need to begin her longevity revolution to help others look younger and feel better at every age. Jane has been a champion for wellness since the 80s, when she was considered a fitness icon. (Tell me you didn’t have at least ONE exercise tape of hers!) On the Dr Oz Show, Jane tells of her 3 acts of life.

Act 1
Jane was born into a life of Hollywood privilege that was far from perfect. 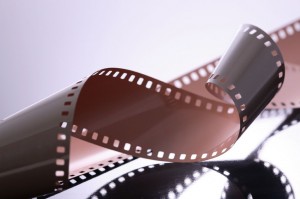 At age 12, Jane lost her mom to suicide. Her dad, Henry Fonda, was cold and critical toward her. In her late teens, she turned to acting and did movies such as Barefoot in the Park and Barbarella. Jane won Oscars for the feature films “Klute” and “Coming Home.”

Act 2
For Jane, Hollywood success wasn’t enough. During the second act of her life, Jane became most famous as an activist who spoke out against The Vietnam War. Her nickname was Hanoi Jane. Ten years later, Jane reinvented herself with the Jane Fonda Workout videos. At that time, she was obsessed with her body and being healthy. On the outside, she wanted to be the consummate superwoman but on the inside she battled anorexia and bulimia for over 30 years. During that time, she had 3 marriages that all ended in divorce.

Act 3
This is when Jane began to heal the wounds. She starred in and produced the movie “On Golden Pond”, which also starred her father, Henry. In the movie, there was a poignant scene between father and daughter, which rung true to her heart. While the scene may not have repaired their relationship, it most certainly helped her understand it more.

When Jane came out onto the Doctor Oz stage, she looked as beautiful as ever. As she came out, she received a standing ovation, for which she was very grateful for. Dr Oz asked her what it felt like doing that pivotal scene with her father in the movie “On Golden Pond.” Jane stated that it was emotional because she missed her dad and the scene was so real for them. She felt extremely lucky to do a movie like that with her dad and since she produced the movie, she wanted to add in a father/daughter scene like that.

During her the first act of her life, her father dominated the relationship between the two. It was difficult because she had a father who had a hard time being emotional. In fact, both her parents had a hard time with emotions. To her, it was like they had duct tape over their eyes and couldn’t see what was going on. At that point, she felt it was her fault. As she got older, she began to realize that it wasn’t her fault. As she got older, she realized they were human beings and not just parents. They did their best and were good people.

Jane stated that being perfect can be toxic. When women hit puberty, they wanted to fit in and be perfect and popular, so when women went into a relationship, we only brought the acceptable parts of us. Doing so meant there was no full relationship if you were just bringing part of yourself. Jane stated that we were not meant to be perfect. God is perfect but humans were meant to be whole. She didn’t realize this until her early 60s.

When Jane was 12-years-old, her mother committed suicide. Years later when Jane was writing her memoires, she went back and found some of her mother’s writings and dedicated her memoir to her. Jane stated that it was difficult to find information on her mother. She got medical records from institution from where she killed herself. She found out that her mother had been abused at age 8 and from then, everything fell into place. Jane learned from Oprah that when a girl or boy was abused, they’re brainwashed. When Jane found out about her mom, it helped her forgive her. She understood why her mother was the way she was. Jane was 64-years-old when this happened.

Jane was married 3 times and felt lucky to be with the 3 men. Jane joked that her first husband (the director of Barbarella) taught her how to be a female impersonator. This was the same man that was married to Brigitte Bardot and Catherine Deneuve. (No pressure there!)

During her second marriage, Jane learned about the political process. She also learned to love baseball. During her third marriage, she learned so much from her husband, Ted turner. Jane stated that she was so grateful to have spent ten years with him. HOWEVER, she did state that she would never get married again. Jane’s current boyfriend was in the audience. Jane told Dr Oz that her boyfriend was an avid watcher of The Dr Oz Show and even took notes. (For the record, Jane told Dr Oz that her boyfriend didn’t want to get married either.)

Jane stated that it was ironic that she was considered the epitome of attractiveness during her Barbarella era because she’s had battles with bulimia and anorexia for years. During that time, she was trying to be perfect and ended up suffering from the diseases for over 20 years. Jane felt that with any addiction, you couldn’t really be a whole authentic person. It was exercise that helped her to be the subject of her own life.

Dr Oz asked why she decided to do exercise videos at the age of 74 and Jane told him that now it’s more important than ever. She had a fake knee and a fake hip and has battled breast cancer in the past, so she decided to make videos under a new brand for older people. “Who’s better than me?” She stated. “I’m old and impaired.”

Jane lived by the old Picasso quote “It takes a long time to become young.” She firmly believed this and felt it was unhealthy to play it safe in the 3rd Act because she figured what did you have to lose at this point? She noted that women tend to be happier and feistier as we got older. You should stand up to your fears and look at your problems and failures. We learn from them.

When Jane turned 59, she did a life reveal. She figured this age was going to be her last act and wanted to figure out what to do. She decided she had to move forward by looking back. She wanted to know who her parents were. She advised people to interview their parents, but not together because you’ll get the same ol’ script. Interview them separately and tape record (as well as write out long hand) the information. Jane stated that 1 out of 3 women have been abused and this may cast a shadow over your life. She found out years later that her father suffered from undiagnosed depression. With medications, things may have been different.

2. What goals do you have for the rest of your life?
When you come to the end, you should know who you were always were meant to be. We start off that way until we hit puberty. As we get older, we circle back to becoming that feisty little girl only this time you have wisdom and maturity. You become whole and don’t have regrets. Rehearsals prepare you for what is to come. For instance, she imagined herself dying in bed surrounded by family and friends and imagined what they would say.

3. What do you want it all to add up to? This means that you are a whole person and that you are not leaving a part of yourself behind. You have love and forgiveness. Reflect on experiences you’ve had to get the wisdom. According to Jane, “She lost her eyesight but she’s gaining insight.”

Jane’s new fitness DVD is designed for non-active folks. She encourages to accept your body and remain peaceful with it. Try to remain strong enough so you can be independent.