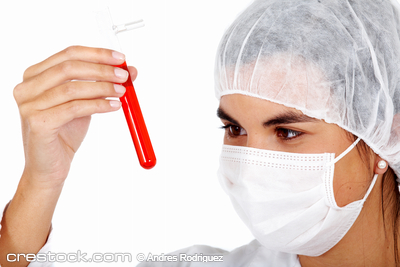 blood in a test tube from Crestock Stock Photos

Kardashian said that her father had very bad acid reflux disease and took over the counter medications 7-10 times a day.  Dr. Oz said that when a person has acid reflux, then generally due to a hiatal hernia that forms, when the person lays down in bed, the gravity causes the acids from in the stomach to go into the esophagus.  The acid then burns the esophagus, and when this happens over and over again, the burned tissue scars and can turn into cancer.  The danger with over the counter pills for acid reflux is that it doesn’t cure the problem, it just relieves the symptoms, so the person is constantly damaging their tissues but just doesn’t feel it… in many ways, the pain is helpful because it would force you to go see a doctor before its too late.