Dr Oz asked if they have gone too far in California, because it is very easy to get it there.  Each state after California who 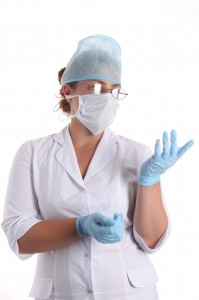 has legalized Medical Marijuana has made it tougher and more restrictive to get a Medical Marijuana Card.  New Jersey is the antithesis of California, where it is currently virtually impossible to get Medical Marijuana.  But the bottom line is that no state has copied what California has done, so perhaps they should consider changing their policies.

Montel Williams told Dr Oz that when he was diagnosed with Multiple Sclerosis (MS) that he decided he was going to learn everything he could, try every possibility, and teach others what he discovers.  Montel said that is why he is even participating in a new study where he gets electric shock to his tongue.  He said he does not oppose making the law so restrictive that only a few types of disorders can have access to Medical Marijuana, but for people who really need it, there should be a legal way.

Doctor Oz said that if we are going to make Medical Marijuana Legal, then we have to make it legal.  States need a system to control who can prescribe Marijuana and who can use it, because even though it is not as addictive as other things, it is still addictive.  Dr Oz said Medical Marijuana should never be prescribed for people with Anxiety or Stress, and that the bottom line is that it has to be used to give patients their lives back and not used to take patients away from their lives.

Where do you stand on the Medical Marijuana Debate?  Leave your opinion in the comment section below!