Montel Williams was at the top of his career when he was diagnosed with Multiple Sclerosis.  An award winning talk show host, actor, and best-selling author, Williams was doing 3 talk shows a day for 17 years.  That would all change.  In 1999, Montel was diagnosed with MS.  Several times, he stood in the mirror and cried for an hour because it hurt so much.  Montel was taping his show and pumping out drugs at the same time.  No member of his staff knew anything.  Symptoms worsened just a few months after being diagnosed.  When he was first diagnosed, the pain level was a three.  Two months later the pain level increased to six and then two months after that, his pain level had increased to a nine.  He took several prescription medications; at one point, he was taking six pills at a time, but he still felt pain.  It was during this darkest hour that Montel contemplated suicide.

Montel is in favor of aid-in-dying.  He told Dr Oz that he is a gun enthusiast and has over twenty guns.  At one point, Montel spread the guns out and began cleaning them.  He was going to make it look like he killed himself by accident.  He really wanted it to look like a mistake, so his kids wouldn’t know the truth.  At that point, his pain was a ten.  Montel kept taking drugs because the doctors stated they couldn’t do anything more.  During another low point, Montel actually dropped in front of a passing cab by “accident.”  The cab driver hit the brakes, exited the cab, and helped him.

That was when Montel “woke up” and realized that it was a mistake to do this because of his kids and his fans.  Montel made the conscious decision to “suck it up.”  While he did that for himself, he could not ask anybody 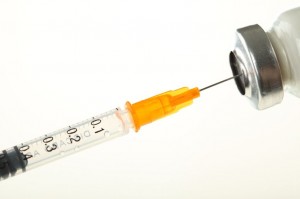 else to do that.  His one true fear is lying in bed, writhing in pain.

Dr Oz pointed out that the Hippocratic Oath, an oath doctors must take, stated that doctors were to “do no harm”. “Define harm,” was Montel’s response.  Montel wanted doctors to stop trying to be psychics and to listen to their patients.  According to Montel, doctors should be left out of the equation…period!

Click here to read more about this debate: Do You Have The Right To End Your Own Life?