For 10 years, ex-television talk show host, Montel Williams, has been dealing with MS, but today he says he has the energy of someone half his age. When Montel joined Dr Oz on the stage, he received a standing ovation. (I’m beginning to think every guest gets a standing O.) Montel told Dr Oz that although he has been coping with his debilitating disease for several years, he has more energy today than he has had in a long time. The key, he told Dr Oz, was to work at it every single day. He’s been building up his strength for the last 4 years, but for the last 8 months, he’s kicked it up a notch. Not only did he work out his body, Montel reduced pain and inflammation inside of his mind. Every day, he worked on his diet and kept on taking his prescribed medications.

He told Dr Oz that today during the show, he didn’t even have on much makeup and his skin was flawless at the age of 55. (It did actually look pretty decent.) Four years ago, a doctor told him that he would be in a wheelchair in another few years. Montel has been working to prove to himself and everyone else that this would not happen. He told Dr Oz that you should never give up, regardless of what people tell you. Live up to your own expectations and stop looking for that miracle pill. Put in the work and just do it! Montel told Dr Oz that one doctor said that not only was he going to be in a wheelchair in a few years, 20% would be taken off his life. At that point, Montel got angry. He decided to get busy living instead of dying.

Montel stated that this plan was good for everyone, men, women and kids—not just those with illnesses.

Here is the first tip from Montel Williams for Dr Oz’s audience: 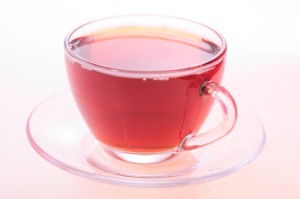 Montel told Dr Oz that he got the ideas for the watermelon from him a few years ago when Dr Oz stated that watermelon was good for a man’s virility.

Get the kids involved by allowing them to pick out the 4 fruits they like. Mix in the veggies. Place all ingredients into a high speed blender and mix.

-vitamin D Chlorophyll Cocktail- Montel says this is the best superfood on the planet. Dr Oz admitted that this cocktail surprised him the most. Dr Oz researched it and was fascinated by it now. Chlorophyll changes the makeup of the intestines. Take 1000 IU vitamin per day, 100-300 mg chlorophyll per day.

Afternoon:
-B12 Megadose Injection- Dr Oz admitted that his wife wanted him to take the injections, but he was hesitant. Prices vary but Montel found that at the most, this injection will cost $42 per month. ($1.80/per day).

Dr Oz had Montel give him an injection (1 ml) on a soft part of his body. (Get your mind out of the gutter, like mine was!) Montel injected Dr Oz on the side of the stomach. Dr Oz stated that he didn’t like injections and that he preferred B complex lozenges. For best results, look for a combination containing B6, B12 and folic acid.

Three Root Tea- this option is brand new on the market so they haven’t done testing in humans, however, when you give fruit flies Rhodiola, they live longer. Look for Ashwagandha, Rhodiola and Schisandra to help with stress. Montel and Dr Oz try the tea and Dr Oz says it was “tolerable”. (Translation…it tasted like crap on toast!) Montel told Dr Oz that he started taking this product 4 months ago and his limp has subsided.

-Garlic Infusion- Crush it up and put it over fish and chili. You can put it in Chicken soup, too. Montel eats 10 cloves of garlic a day and has been doing so for 7 months.