In this segment, Dr Oz introduced the Travel Channel’s, Andrew Zimmern, who brought you Bizarre Foods From Around the World. Andrew wanted to challenge your palate with foods that you may consider strange but that are delicacies in other places. These foods help you feel healthier and younger. Andrew stated that some of the healthiest people were from other countries, such as Japan and Korea, and they exercised and maintained lifestyles that helped them stay healthy and young.

Nicole, audience member, volunteered to be the test guinea pig for this segment’s, Most Bizarre Foods Around The World. 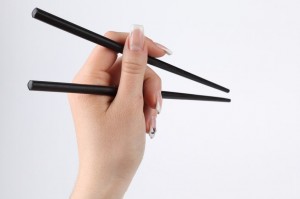 Nicole stated that the most exotic food she has ever eaten was—wait for it—shrimp. (Really? And the most bizarre drink I ever had was cherry Kool-Aid.)

#1 Bizarre Food: from across the pacific—Japan

Natto—soy beans. According to Andrew, the Japanese love foods that are slimy. Natto is a fermented, aged soybean, which smells like a dead body, according to Nicole. (What a great selling point!) The Japanese like to mix Natto with ginger, radish, tuna and okra. Doctor Oz felt the slimy goo and told Nicole to eat it. Nicole stated that it wasn’t bad. Natto also contained vitamin K, which is great for bone growth. You can purchase the dead body—I mean, Natto, at Japanese markets all over the country.

Guey Duck Clam. Nicole noted that it looked a bit strange. (That may be a good thing for some of you!) Andrew suggested taking a torch to it in order to cook it. This means you didn’t have to dilute it in water. Then, you peel the snout. Dr Oz stated it was sweet and contained iron, plus, it was one of the healthiest foods on the planet. Nicole tasted it and said it was actually good.

Octopus. Dr Oz stated that he had octopus all the time when he was a kid. Octopus is sold frozen in markets. Easy preparation suggestion: put it into a pot with veggies, water and wine. Let it cook for 2 hours.