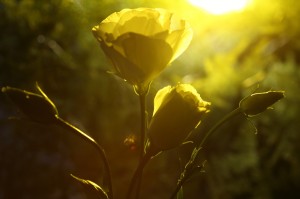 Dr Oz:  Do you believe in near death experiences?

Doctor Oz talked with some guests that clinically flat-lined and still miraculously came back to life.   Dr Oz said patients have stopped breathing, with no pulse, and although on the outside they were dead, on the inside they still felt alive.  He talked with patients that described fragments of their life flash by, and this is called a near death experience.  These experiences happen to 800 people in this country every day.

Dr Oz talked about his patient George who needed heart surgery.  During the surgery, he began hemorrhaging and was out in a coma for about three days.  George said it felt like he was in deep dark ether and that if lost sight of the light, he would die.  He described the light as the source of his life, but said he was not scared because he felt like he did not have a choice but to swim towards the light, towards his life.

Dr Oz’s guest, Laura, was on the fast track to becoming professional tennis player.  While getting a simple surgery, her doctor punctured her abdominal aorta.  She lost massive amounts of blood and was clinically dead.  She said that she felt like she had floated to the ceiling of the operating room and that she could see her body, all of the blood, and that people were upset about something.  Laura said that she was not fearful and not in pain, and that she believed that everything would be okay.  She floated out of the room and went somewhere to what she described as a quiet, peaceful, blackness.  There was a light on the horizon.  What she wanted most was to go towards the horizon and get closer to the light.  However, before she could reach the light, she saw someone approach her, and it was the face of her brother-in-law.  Her brother-in-law had passed away seven months earlier from cancer, and he wanted to take her on a journey.  He told her that she needed to go back, because she had not finished living life’s purpose.  At that moment, she was slammed back into her body.  When she returned, Laura learned that life was about loving people and learning about people in a way that iw non-judgmental.  She said that her life is different now because she tries to live each day as if it is her last.  She sees herself as more spiritual and less religious.

Another man, Steve, had his near death experience after he had a massive asthma attack.  By the time he arrived at the hospital, he was considered in pulmonary arrest and he went into a coma.  The blockage was so severe that the respirator was shut down.  His family was called and was told that someone should come to the hospital to pick up his body.  Steve remembered a “presence” with him when he was in the coma.  He flashed back to moments in his life, but experienced those moments from other people’s point of view.  He felt other people’s pain, and the presence that was with him guided him and showed him that it would all be okay and that as human beings we all make mistakes.  Steve then felt like he was passing through a galaxy of stars, and started to see future events.  These events included seeing his children needing him.  The next thing he remembered was waking up.  It took him about a week to realize what had happened.

Steve came back to his body paralyzed from the neck down, and was told that it would be permanent, which it was not.  He said that while he was in the coma he experienced his life in what could only be described as a “higher reality.”  This resulted in him feeling like a failure.  He said it was a completely humbling experience.  He stated that the presence that was with him helped him understand that it was okay to be human, and he believed this was his second chance at life.