Would you believe that gum could actually help you become more focused, alert, and energized. Investigative reporter Elisabeth Leamy tried the new “smart gum” to find out. It’s a brand new product being marketed to boost your brain. NeuroGum is the first smart gum and it’s now available online. To find out more about it, Elisabeth Skyped with its two inventors, Kent and Ryan. 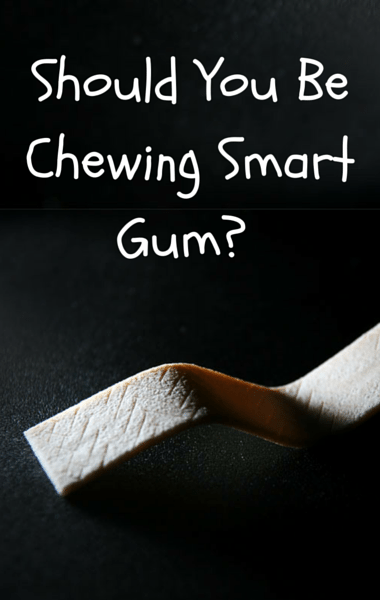 Dr Oz wanted to find out if smart gum really works, so he had investigative reporter Elisabeth Leamy put it to the test. (2bethere / Flickr)

Elisabeth said the gum sounded too good to be true and asked right off the bat if the gum actually worked. They said it’s absolutely true and the gum makes you brain work better, using caffeine and L-theanine, to give you both a boost and focus. Elisabeth met up with Joseph Dutch, an online test administrator, to help her test out the gum for herself. He ran some baseline cognitive tests on her.

There were four tests all-together that measured processing speed, attention, visual learning, and memory. Elisabeth then tried the smart gum, chewing for a few minutes. It was supposed to kick in after 3-5 minutes, so once the timer was up, she went through different versions of the same tests one more time to see if her results would improve, thanks to the gum.

Dr Oz was chewing on the gum as well and said he felt as if he was getting a little bit of a “buzz” and Elisabeth said she felt something as well, but wasn’t sure if it was just a placebo effect. Dr Oz explained that a piece of gum has about 40 mg of coffee, which is the equivalent to about half a cup of coffee. It also has 60 mg of L-theanine, as well as b vitamins like b-12 and b-6, which can boost brain function.

Elisabeth said she actually felt like she did about the same. Dr Oz looked at her results, finding that her reaction time was faster, her attention improved, and her short-term memory was the same. Elisabeth said she was surprised, and thought it was interesting and intriguing.

Dr Oz talked Dr Peter Snyder, professor of Neurology at Brown University, who said the results weren’t unexpected given what’s in the chewing gum, because it’s the effects of caffeine. The improvements in test-taking could be attributed to getting more used to the testing, so further testing is improved.

Kent Yoshimura, one of the creators of NeuroGum that Elisabeth talked to, sent the following statement: “…the caffeine content in a piece of NeuroGum is only half the amount found in a cup of coffee, or nootropic combination provides these positive effects along with sustained, focused energy so users to not have to keep ingesting copiou amounts of coffee or energy drinks throughout the day.”

Dr Oz said the gum is cheaper than a cup of coffee, and freshens your breath at the same time, so perhaps it’s worth a shot if you think it could help you. Considering I don’t chew gum, this one really isn’t an opton for me, but if I did, I’d certainly give it a shot! What is there to lose? So would you try smart gum?