For the first time since the conception of The Dr Oz Show, Oprah Winfrey sat down with the good doc for an exclusive one-on-one interview to tell him what she’s been doing after the end of her award winning talk show.

Oprah Winfrey transformed the lives of millions with her Emmy award winning talk show. Her message to her audience was that you had the power to transform your life because all the answers were inside of you. In a taped segment, Oprah stated that she knew it was time to end her show and she knew exactly when to do it. She felt that there was a difference between thinking you deserve to be happy and knowing you have the power to be happy. She stated that, as a child, she always wanted to be a teacher and lo and behold, she ended up in life’s biggest classroom. 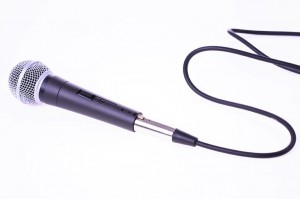 (You would think Justin Bieber was about to appear or something.) He introduced Oprah to the audience as “my mentor.” Dr Oz asked Oprah if she liked his studio and she stated that she loved it. To her, his studio was so clean and pure, just like Doc Oz.

Dr Oz asked Oprah what was next. Oprah stated that her biggest ambition was exploring the people and ideas that mattered most to her. She wanted to go out into the world and see how they lived.

Dr Oz asked Oprah what it was like the next day after her last episode. Oprah stated that she thought it was going to feel more emotional and overwhelming, but oddly enough, it felt like a normal day. She was very pleased with the way she signed off her much-loved talk show. She had thought long and hard about how to do her last episode and decided that simply talking to her supportive viewers about what was in her heart was the best way to go.

According to her, she was only now just beginning to feel it, and on some levels, she misses it. Oprah was clear when she stated that she didn’t miss doing the show every day. She missed the audience and the people connection. She told Dr Oz that she watched him every day and understood how hard it was to a show—and she didn’t miss any of that. On her show, for many days, she would stay after and talk to her audience while signing autographs. One day, she was unable to do that and that’s when she figured out that she had much more time. This was when she began her after show.

Some of the things she’s able to do now? Oprah stated that she has started reading a book and this was the first time she’s read in a decade and wasn’t thinking about if the book was going to be an Oprah Book Club choice. She felt as though she was now able to make the transformation into something really different, and that’s how she came up with her new show, “Oprah’s Next Chapter,” which detailed her going into the world and talking to interesting people.

Oprah’s Next Chapter show will premiere on January 1 at 9:00 pm on OWN. Oprah showed clips of her new show with her speaking with such guests as George Lucas (my idol) at his Skywalker ranch and his new movie venture featuring Terrance Howard. Other clips Oprah showed included the Amish people (who, to me, are always fascinating. No television? C’mon…) and Paula Deen, where Oprah visited her home in Savannah, Ga and even caught a fish on Paula’s property. (A fish? I would’ve thought she would’ve caught a big, fat greasy pig.)

Oprah showed a clip of an interview she had with Steven Tyler, whom she referred to as “fascinating” because he was a person you wouldn’t expect. Oprah’s Next Chapter will also showcase Tony Robbins and how he got Oprah to do fire walking. (Is there anything this woman can’t do?)

Her aspiration for the program is to illuminate others’ lives. She wanted to make a connection and show how famous people, like George Lucas, related to “real” people. (Aside from money, of course.) Oprah stated she picked Steven Tyler as a guest and he ended up being the most surprising to her because he showed his sensitive, spiritual side. (Was this before or after the drugs?)

Oprah stated that running a network was challenging, but she loved being out there because there were multiple ways of reaching people. (networks, movies, magazines, novels etc..) She felt her calling is, and has been since she was 3, to be a “sweet inspiration” wherever she could. She wanted to show people how their life could be better. She wanted to create a space to give pieces of information to lift people up and see the best in themselves. According to her, you will never see degrading material from her. Oh, and it’ll be entertaining as well.

Oprah stated that she wasn’t the kind of person that could step down from the show easily, but she knew when it was time. Her pattern is to grow as much as she can grow and then to move on. Around the 20th year of her show, she starting feeling that the end was near but it was suggested to her that she wait until the 25th year. That felt right, so she did. She wanted to end her show on a high note. She didn’t want to be dragged out, kicking and screaming. In the end, she felt she made the right decision.

Oprah stated that you should be true to yourself and have an inner understanding or knowing about yourself. Without that, you fell off track. “You have to know who you are when you come into this entire thing (show business).” According to Oprah, you should be solidly centered or you’ll be pulled off course by what others believe. Know and hold on to your vision. (Sounds good to me!)

When she first started her network, people told her what to do, but she had a vision and stayed steadfast to that. Oprah believed that you were not defined by this moment and not what others said about you or even what you did. It was all about having a vision and sticking to it.