Dr Oz’s Break The Silence Ovarian Cancer Campaign Show was truly touching and full of crucial information that all women must know.  Before I go on to write the full recap of this segment, I want to urge every single one of you to please forward this article to every woman you know.  Together we can save lives and prevent women from dying needlessly from Ovarian Cancer!

Doctor Oz gave us a foolproof way to get our doctors to listen to us if we discover we have Ovarian Cancer Warning Signs.  All you have to do is fill out the Dr Oz Ovarian Cancer One Sheet and bring it with you to your next doctor’s appointment (you can print out the sheet here).

Dr Oz started off his show by introducing us to three families who have been impacted by Ovarian Cancer.  Sharon was diagnosed with Ovarian Cancer on December 16, 2009.  She had a very heavy period and went to her doctor to discuss it, but her doctor said it was just because she was close to Menopause and never had any kids.  One year later she was in so much pain that she could barely get up off the floor.  She went to the emergency room and was diagnosed with a tumor and Stage 4 Ovarian Cancer.

Barbara also noticed a change in her menstrual period and was told it was Menopause.  She started to have a pain in her left side, and her doctor told her to go see a psychologist because nothing was wrong with her.  Two years later, and after 20 different doctor’s visits, she was diagnosed with Stage 2 Ovarian Cancer on November 16, 2004.

And perhaps the most sad story that Dr Oz shared with us came from a man named Paul.  Jill, his wife, and the mother to their five children, was diagnosed with Ovarian cancer in the Spring of 2005.  She was bloated a lot and had headaches fairly often.  She saw her ObGyn who found a cyst on her ovary but said it was not a big deal.  Ultimately, she was diagnosed with Ovarian Cancer and had a Hysterectomy along with multiple rounds of Chemotherapy.  Paul said that the hardest part was telling their kids that their mom was dying.  Jill died at age 44, and all of this could have quite possibly been avoided if she was diagnosed earlier.

These are just a handful of women who would have benefited from Dr Oz’s Ovarian Cancer One Sheet and from knowing the early warning signs of Ovarian Cancer.  Hence why Doctor Oz began the national Break The Silence On Ovarian Cancer Campaign!

Dr Oz was joined by two experts in the area of Ovarian Cancer – Dr Barbara Goff and Dr Carol Brown.  He asked Dr Goff why women are so often misdiagnosed when they have Ovarian Cancer?  She said that a study was done on 1,700 women who had Ovarian Cancer, and most of them were misdiagnosed originally.  In fact, 30% of them were given prescription medications for another condition before they received the right diagnosis.  This is why it is so important to educate women and their providers about Ovarian Cancer Symptoms.

Dr Carol Brown told Dr Oz that most women discover they have Ovarian Cancer only after it has already spread.  When Ovarian Cancer is in Stage 3-4, the cure rate is about 30% at best, whereas it is considerably better if it is found in Stage 1.  Why is that?  Dr Oz said that as the cancer spreads, it goes into  your bladder and uterus where it becomes even more painful.  Eventually it goes throughout your Intestinal Tract, and at that point it becomes difficult for doctors to figure out what they can even cut out or remove from your body to help.  Luckily, Ovarian Cancer is not really silent, the symptoms do whisper to you if you pay attention. 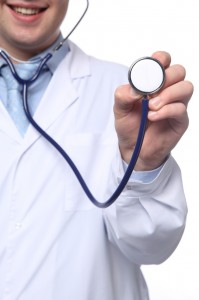 1.  Bloating or Increased Abdominal Size: if you have bloating that occurs everyday and persists for 2-3 weeks, you should see your doctor.  So, Dr Oz’s Ovarian Cancer One Sheet first asks how many days this month has bloating been a problem for you?

2.  Pelvic or Abdominal Pain: pain is a symptom that many of us have from time to time, but if you have pelvic pain or abdominal pain everyday for 2-3 weeks, you should see your doctor.  Dr Oz’s Ovarian Cancer One Sheet also asks you to rank your pain on a scale of 1-10 where 1 is mild and 10 is severe.  The worse your pain is, the more worrisome the symptom is.

3.  Feeling Full Early and Appetite Changes: women with Ovarian Cancer will often have constipation or difficulty eating full meals because their food is not moving through their body.  Dr Oz’s Ovarian Cancer One Sheet asks you how much of your meal can you typically eat before you feel full – 25%, 50%, 75% or 100%?

4.  Frequent Urination: the most common cause of frequent urination in women is probably a UTI (Urinary Tract Infection), but if you go to your doctor and discover you do not have a UTI and you are consistently urinating very often for a couple of weeks, you should get checked for Ovarian Cancer.  Dr Oz’s Ovarian Cancer One Sheet asks you how often do you have to urinate.  The lady in Doctor Oz’s audience said that she urinates more than 10 times a day, but when she told this to her ObGyn, she was told to stop listening to doctor TV shows and to stop reading stuff on the Internet.  This is a completely unacceptable response, and I seriously hope this woman switches doctors!  Her doctor also told her that she should go see a Gastroenterologist if she is really concerned – again, totally unacceptable!

Dr Oz said that if you have any of these symptoms, you should definitely start a conversation with your doctor at the very least.  And if your doctor is not listening to  you, then get another opinion and change doctors.

Please help get the word out about Ovarian Cancer Warning Signs and Dr Oz’s Ovarian Cancer One Sheet by sending a link to this article to every woman you know!  Together we can make a difference and save lives!