Doctor Oz put together a Free Health Care Clinic, and this is the story of one of the lives he potentially saved.  Dr Oz had done a previous show on ovarian cancer. Dr Oz packed up and went to Dallas, TX to spread the word and to launch an ovarian cancer campaign. With the help of nine top Ob/Gyn’s, Dr Oz gave women free ovarian cancer tests. Many of the screened women received a clean bill of health.

Then there was Zanette. 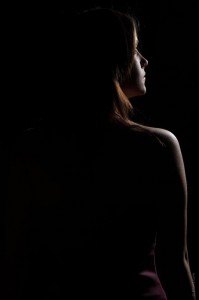 Zanette’s mother had passed away from ovarian cancer, so she decided that she would do the test. During the test, they found a cyst. Her whole life changed in an instant. Zanette had a family history and was told that she needed surgery.

Since finding out, Zanette had anxiety. She and her husband went to the hospital for a laparoscopic hysterectomy. Doctors removed Zanette’s ovary. Once removed, they pulled out the mass and sent it for testing to find out if it was cancerous.

The surgery went well, and in the studio, Zanette announced that she was cancer free. (Good news!) Her surgeon, Jay Lea, MD, stated that the cyst was benign.

Dr Oz showed a picture of Zanette’s specimen. Zanette put on the gloves and checked out a specimen of a tumor with hair growing on it. In addition, there were other foreign objects on it as well. There was even skin in the specimen. Zanette felt it and it was hard.

Dr Oz stated that Zanette’s story had helped save other people’s lives. One audience member stated that she saw the previous show featuring Zanette. She was having symptoms, so she went to the doctor, who found a 12 cm mass. She had stage 1 ovarian cancer and uterine cancer. The audience member told Dr Oz that she was going through chemotherapy right now and was thankful to the program because she doesn’t know what would have happened if she had waited.

Early detection is the key to survival. Please print out the Ovarian Cancer One-Sheet and send it to every woman you know.