Doctor Oz did a segment on Prescription Drug Abuse in a segment called “Prescription for Addiction.”  Dr Oz said that the number of cases of cocaine, heroine and ecstasy abuse put together is less than the number of cases of prescription drug abuse in America.  All of us have heard about accidental overdoses among celebrities like Anna Nicole Smith, Michael Jackson and Elvis.  The scariest part is that these accidental overdoses are from prescription drugs that doctor’s prescribe, not illegal drugs.  Some celebrities have successfully gone through prescription drug rehab, like Matthew Perry and Mindy McCready.  Doctor Oz was joined by Mindy McCready, country music star of albums like “I’m Still Here”

, Janice Min and Charles Sophy, author of Side by Side: The Revolutionary Mother-Daughter Program for Conflict-Free Communication 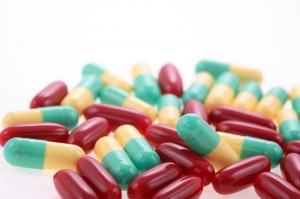 Charles Sophy told Dr Oz that a huge problem is how easy it is to get these prescription drugs.  These drugs are available from doctors, on the street and on the Internet.  Plus, people may get one prescription from one doctor and then go to another doctor to get another prescription.  The three categories of prescription drugs are opiates, depressants and stimulants.  Plus, prescription drug abuse is the leading cause of all fatal overdoses in America.  I was completely shocked to hear that it was not an illegal drug.

Mindy McCready was on Celebrity Rehab with Dr. Drew, and after an 8 year period, she is drug free and has just released a brand new album that is truly inspiration called I’m Still Here

.  I would highly recommend listening to it!  McCready said that celebrities have an immense pressure to be thin, and her first prescription drug was from a doctor who gave her a diet medication, and it all spiraled downhill.  Mindy McCreedy’s lowest point was when she got arrested for using fraud to obtain oxycodone, and she was put in jail with no bail.  She was the mother of a 15 month old son at the time, and she kept thinking her son would come visit.  After two months, her son came to visit and he did not even know who she was.  It was so emotional to watch McCreedy talk about this experience, I had tears in my eyes when she was crying.  All of this emotion, she put int a song called I’m Still Here, which is probably why her album is so inspiring.

Janice Min said that younger celebrities are seeking attention.  It is so unfortunate that young women, like Lindsay Lohan, get so much attention for their lives spiraling out of control.  It would be better if the media would cover more useful topics and let people cope in private in their own ways.

– problems with spouse or children

– do you have friends?

The reason to watch out for these signs is because they are reasons you would want to start self medicating, which can turn into a Prescription Drug Addiction.