Dr Oz is always talking about how to eat healthy on a budget, so he brought on the fabulous Rachael Ray to teach us how to make a weeks worth of meals in just a day.  Rachael Ray’s Recipes from this segment of the Doctor Oz Show include the following: 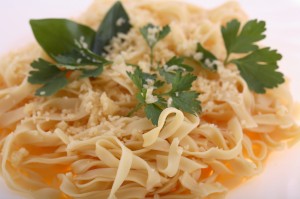 Rachael Ray said that she learned a lot of cooking skills from her grandpa, but that everyone in her family cooks and if she can do it – then so can we!  She started giving time saving cooking tips on 30 Minute Meals and has now written 18 cookbooks and has an Emmy Award Winning TV Talk Show.  Healthy food does not have to break the bank, so here are some tips from Rachael Ray and her new cooking show called the Week in a Day Cooking Show!

Rachael Ray said to buy the whole chicken and poach it, because all you need is a pot, water and a chicken and you will have an inexpensive protein that you can use all week long in pizzas, tex-mex or other recipes.

Rachael Ray said that she keeps a mason jar on her counter and fills it with her lose change. Then they take it to the grocery store and put it into the Coinstar machine so they can spend the money on groceries.

Dr Oz seemed to be a big fan of bulk foods.  You can buy everything from lentils to beans in bulk, and since you are not paying for packaging, you save lots of money.

Dr Oz showed an example of a price sticker at the grocery.  Rachael Ray said that you should never shop based on the actual price of the product, because each product could have different amounts inside.  Instead, look at the smaller number that is often in an orange or yellow square on the left, that is the unit price.

Rachael Ray said to pick up the circular and usually the front page contains the loss leaders, which are the things the store is giving away in order to get you into the store.  Buy extra of the loss leaders!