Dr Oz introduced Celebrity Chef, Rachel Ray, to demonstrate how to prepare simple, healthy recipes to save your holiday dinner. While the holidays are synonymous with stress, The Queen of Fuss Free Cooking demonstrated quick fixes for your holiday disasters. 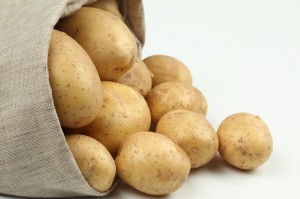 Her Emmy award winning talk show is a fun mixture of talking and great cooking. Dr Oz has enlisted the help from the cooking guru to help his Dr Oz Fans fix their cooking disasters that can ruin the holiday meal. On today’ Dr Oz Show, Rachael helped save your holidays and made your meal one that family members will never forget.

Rachael Ray came out to a standing ovation and stated “This is my very first stand O.” She stated that cooking and stress were a problem because people set themselves up for failure instead of success. Rachael suggested preparing foods that you know how to cook well. Stop trying to make the idyllic dinner that you saw on magazine covers. You don’t have to have prepare the traditional turkey or ham. Make lasagna if that’s what your family enjoys, Rachael Ray suggested. Also, prepare the dish a day in advance so you can spend the holiday time with your family. If you prefer to prepare the meal on the day, do all of the prep work the evening before to cut the cooking time in half.

Rachael Ray stated that she stayed away from baking for 35 years because of a kitchen disaster. Years ago, when she was twelve, she attempted to bake her mother’s favorite dessert and it was a complete failure. Because of that cooking mishap, she didn’t bake for years after that.

The Doctor Oz Show scoured the country for viewers to send in cooking disasters. They found three, who sat up on the stage in the “Holiday Cooking Disaster Zone.”

Laurie, the first audience member, stated that she was horrible with veggies. Her broccoli was always overcooked and limp. Her soup was also mushy and tasteless.

According to Rachael Ray, when it came to veggies, from kale to broccoli, roast them to give them great flavor and texture. If you do happen to overcook, simply turn them into a dish that people will enjoy.

Soup:
-Place the mushy vegetables into a food processor.
-Season it with sea salt and pepper
-Add stock and warm it.
-Add thickened milk mixture and super sharp cheddar cheese. (Don’t use low-fat cheese because extra sugar is added due to less fat.)
-Add in cheese sauce (just enough) to turn it into soup.

Laurie, the mushy veggie culprit, tests the soup and it tastes great!

Potato Latke:
Meredith, the second cooking violator, had problems with soggy, tasteless potato latkes (Potato pancake). In fact, Rachael stated Meredith’s latkes were the most gruesome she had ever seen. (Wow!)

To cook, simply drop the latke into a thin layer of clear oil until super crispy. Then flip over. Rachel stated that parsnip are great in the potatoes and give it that kick they need.

Meredith picked up a cooked latke and tasted it. She loved it!

Roast:
Susan, an audience member, stated that her roast was a charred mess. She has tried different cooking temperatures and times, but it still comes out dry and hard. (Dr Oz picked up Susan’s charred mess and practically kicked it across the room like a hockey puck. Score!)

Rachel’s Quick Fix:
When making roast, add moisture to the bottom of pan. Never heat ham above 325 degrees. Serve the meat in stock. For a beef roast, sear the outside in a pan and then transfer to the oven, using a cooking liquid underneath. If your beef roast had come out as charred mess, slice the roast and heat up in a bath of beef broth. Let it soak in the bath. The meat will soak up the juice like a meat sponge. This idea works great with turkey, roast beef or ham.