Dr Oz brought Rachael Ray back to do another segment on how to stretch a dollar to feed a family.  Doctor Oz also brought on a lady named Sandy who loves to cook, but now that she got laid off she is even more conscious of what she spends at the grocery store.  One trip to the grocery store cost her $67.  She feels torn about what she should buy, but she does not want to compromise her family’s health to save money.  So Doctor Oz surprised Sandy with a cooking lesson from Rachael Ray! 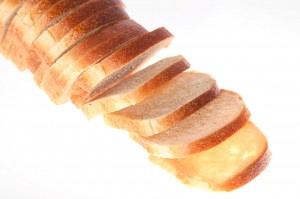 Rachael Ray said that you should never spend $4 on pesto because you can make kale pesto for $1.58!  Rachael Ray showed Dr Oz how to make Turkey Mini Meatloaves because ground turkey breast is 99% fat free and you can make extra to freeze for a different time.  Plus, they are delicious served with smashed sweet potatoes!

Rachael Ray taught Sandy and Dr Oz how to make the healthy mini meatloaves by mixing together ground turkey with grainy mustard, whole grain bread and some seasoning.  You can read all of these recipes in Rachael Ray’s Look & Cook book, which is her new cookbook.  Here are a list of Rachael Ray’s Recipes from the Dr Oz Show:

I also loved Rachael Ray’s ideas of mixing spicy radish into sweet peas to help broaden your child’s palette and taste buds.  Everyone in Dr Oz’s audience got a year’s subscription to Everyday with Rachael Ray – a magazine that I absolutely adore!