Dr Oz: Are You Suffering From Brain Fog?

Dr Oz welcomed Dr Mike Dow to the show, explaining that he’s now taking on brain fog, because it’s an epidemic. Dr Dow said he wanted to pull in all the latest and greatest research to give everyone a plan to finally banish brain fog. Dr Dow said brain fog is a “catch all” phrase for feeling tired, moody, overworked, forgetful, confused, slow, distracted, absentminded, blue, and irritated. It all boils down to the fact that your brain has three ways that it needs to get healthy, your mood, energy, and spirit. If you address those three things, you can banish brain fog.

Dr Dow said if your doctors have ruled out major medical problems, then it’s all about lifestyle choices that really contribute to brain fog. You could be eating the wrong foods, spending too much time sitting indoors, and getting way too stressed out throughout the day. All of that leads to quick fixes in the form of too much caffeine, anti-depressants, or extra glasses of wine. All of that causes brain fog. 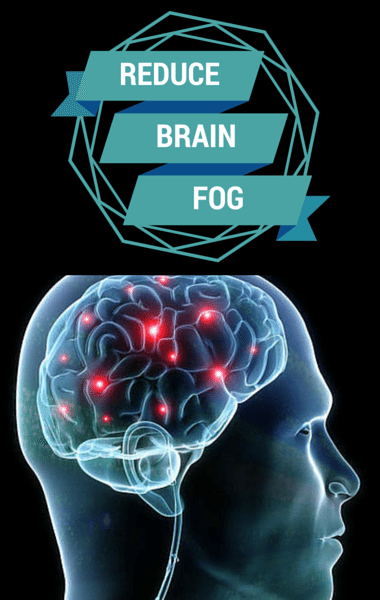 Dr Oz asked three viewers to put Dr Dow’s brain fog fix to the test for three weeks. Three women, Sarah, who constant uses sticky notes to try to stay on top of things, Maria, who suffers from constant “brain freezes” where she’ll suffer “senior moments”, and finally Lori, who takes on too many tasks at one time and has a scatter brain. All of the women said brain fog was interfering with their everyday life.

For the first week, the three women had to add healthy, mood-boosting fruits and vegetables to their diets, while eliminating fog-inducing processed foods. During the second week, the women played brain games to sharpen their minds and reduce fog. The final week called for them to practice mindfulness and being in the moment to eliminate static in the brain.

Dr Oz then wanted to share the specifics of the plan, starting with eating a nut and fish combination once per day. Dr Dow explained that new research shows if you combine the omega-3’s from the fish and the powerful omega fatty acids from walnuts, it can improve brain function. Also, replace processed foods and simple carbohydrates with fruits and vegetables. Lori had a lot of trouble with that and had a bad craving for bread, so Dr Dow suggested she try flourless sprouted bread.

The next step in the plan is to wake up your brain with sleep and memory games. Maria said she actually found something that really worked for her. She blocked out all electronic light to have complete darkness. She even put duct tape over the tiny little lights on her air conditioner and TV. Dr Dow explained that brain games are also really important for your working memory, which tends to decline as you get older.

The specific game Dr Dow wants everyone to play for 12 minutes a day involves looking at shapes on a grid and trying to remember where they were. I certainly failed the test!

The third part of Dr Dow’s plan is to incorporate mindfulness exercise into your everyday life. Sarah’s “mommy brain” found a lot of success with that one. As she washed the dishes, she was focusing on the temperature of the water and how fast the water was going. Sarah said it’s helped her to be a little more selfish to take care of herself. Dr Oz said he tends to practice mindfulness when he’s in the shower.

Dr Dow is the author of “The Brain Fog Fix.”