When Doctor Oz was on the TV Show extra, he met Reggie, the stage manager for Extra.  Reggie was told that parts of his heart had died and an angiogram showed that his heart was beating at only 50% of its capacity.  Dr. Oz was worried about his belly fat and the damage it can cause on his liver and kidney and even the dangers of diabetes. 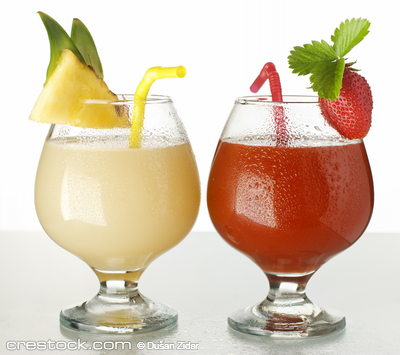 It has been four months, and Reggie has done an amazing job.  He now swims 20 minutes a day, followed by sitting in the sauna for 20 minutes.  Reggie is excited to not have to wear a seat belt extension when he goes on an airplane now!  Good work Reggie!  Reggie said that you have to have consistency and have lifestyle changes – things like vegan diets just don’t work.

Dr. Oz’s only concern was that Reggie may not be getting enough protein in his diet, which makes it hard to sustain.  You need protein to be the building blocks for muscle mass… plus protein and fiber help to keep you filled up all day long.  So try Dr. Oz’s Pineapple Banana Protein Blaster Smoothie Recipe!