For Dr. Oz’s 100th show celebration, he brought 100 people who lost 100 pounds or more onto his show.  As a special surprise, Richard Simmons (creator of The Complete Collection of Sweatin’ to the Oldies

) was a guest too!  Richard Simmons is a fitness guru who has saved thousands of lives.  Richard believes that everyone can turn their weight around: kids, adults and elderly! 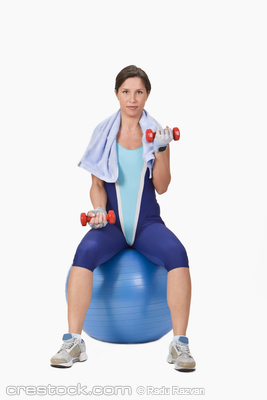 When Richard Simmons was younger, he struggled with weight issues.  He turned to diet pills and laxatives, and realized in the 1970’s that this wasn’t the way.  In 1974 he opened his own exercise studio called Slimmons to help inspire people.  It has been 41 years since he has had a weight problem!  Simmons said that you have to have a sense of humor when you lose weight, if you take it too seriously and it isn’t fun (like at lots of workout studios) then it does not work.  He talks to hundreds of people every day, because he says that when you are overweight, you often feel like there is nobody left to talk to.

Dr. Oz took Simmons to the Truth Tube where we found out that he has kept off 100 pounds for 42 years, helped others for 35 pounds and the amount of weight that people in the world have lost because of him is estimated to be 3 million pounds… you are an amazing inspiration Richard Simmons!

You  must know your self worth.  Simmons wants you to know that you are worth more than all the rainbows in the sky and all of the pearls in the ocean!

Count your blessings every day.  Richard says a prayer like this every morning: “Thank you God for this beautiful day & becoming to people in every way.  Thank you for giving me another chance to serve you on this earth and to be the best I can”

You are fabulous Richard Simmons… thank you for changing so many people’s lives!