We’ve all heard it before, ways to lose belly fat without diet or exercise. In this segment, Dr Oz brought back Montel Williams to give his Dr Oz Fans a cutting-edge supplement that may just give you a new way to think about dieting. According to Montel, SafSlim, which is a supplement that contains saffron oil, will help you blast away that gut and trim it up before you can say belly blaster! SafSlim is sold on television and coast-to-coast and is endorsed by popular ex-tv talk show host, Montel Williams, who stated the product transformed his body.

Safflower is one of the world’s oldest plants. It was discovered in Egypt over 4000 years ago and today is used in cooking oils as well as supplements. Some of its claims include blasting stubborn belly fat and curbing hour appetite. 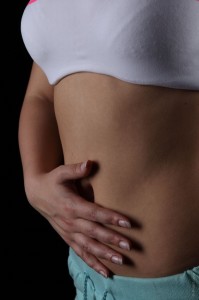 Montel stated that he tried the product first and then because he believed in it so much, he became a paid spokesperson for SafSlim, a supplement that uses safflower to trim your tummy. The questions are; Is it safe? Will it really change your body forever?

Dr Oz did his homework on safflower, more specifically SafSlim and stated that at first glance, the product seemed too good to be true, so he asked Montel how it affected his body.

Dr Oz: SafSlim – How It Works

Montel state that nine months ago he purchased this product and used it for 11 weeks. Almost immediately, he lost 2-inches off his waist. Montel worked out every day and changed his eating habits long ago, but this product gave him that extra boost. Over the last 40 days, Montel stated he had been traveling and went off SafSlim for a week. An inch came back. When he started SafSlim again, the inch was gone almost immediately. Montel told Dr Oz that he has changed nothing else in his life and saw results, which was why he believed in the product so much. Montel was so impressed with SafSlim, he reached out to the president of the company and asked to become a spokesperson. Montel made it clear that he was never approached, it was him who inquired about it.

Montel mentioned to the audience that he took his shirt off in Dr Oz’s dressing room. Montel wanted to show him how well the product worked. Dr Oz asked Montel to show the audience how well the product worked, so he asked Montel to lift his shirt. (At first, Montel declined, but agreed when Dr Oz said he would show his rock hard abs too.) Montel stated that had only been back on SafSlim for 5 days, but would show the audience his stomach anyway. (Which guy did you think looked better, Dr Oz or Montel?)

Montel asked Dr Oz to taste SafSlim. It was in a shot type glass and he and Dr Oz took the shot. Dr Oz noted the liquid was creamy and tasted like a sherbet popsicle. Montel mentioned that SafSlim came with a spoon and in order to get the full benefits, you should take the recommended 2 Tbsp per day. (Also suggested to take ½ hour before you eat.) Montel noted that SafSlim is not a silver bullet product, you still need to work out and eat right, however, if you take it as suggested, it will work.

-Safflower oil: 2 tsp daily. Look for 7-10 grams to get the key elements you need.

Dr Oz showed an animation: inside the belly there is fat, which lies on organs. The digested food mixes with bile. You can block fats from being absorbed, but when it doesn’t, fat cells are giving up fat and spewing it out. The big question, what happened to the fat? Where did it go?

Dr Oz introduced Dr. Martha Belury, who believed safflower does help you get rid of belly fat. Dr Oz was also sure to mention that Dr. Belury received a $10, 000 grant from the company, but only after her studies were completed. (What do you think of that?) Dr. Belury stated that you don’t lose weight, but the fat is gone. Women lost the body fat instead of the weight. How is that possible? Dr. Belury’s study was done in post-menopausal women who were generally obese. According to Dr. Belury, safflower oil contained omega 6 fatty acids, which contained a beneficial effect to trick, or boost, fat cells to get rid of fat.

Being the skeptical doctor that he is, Dr Oz asked experts for their opinion. While he didn’t send the experts the product, he sent the research and the review from the AHA (American Heart Association.) Check out the results below.

Dr. David Katz, MD—no, he didn’t think saffron oil could help blast belly fat
Dr. Caroline Appovian, MD-yes
Dr. Roizen, MD- no, he wouldn’t bother
Dr. Russell Greenfield, MD –maybe. (Way to be decisive, doc!) According to Dr. Greenfield, who was in the studio, when you look at research, there are some challenges to understanding the data. Omega 6 is believed to be pro-inflammatory, unlike omega 3, however, we need them both. Dr. Greenfield noted that you couldn’t really be deficient in omega 6 and if that’s the case, why were there still obese people? (Okay, good point!)

Dr Oz suggested having a healthy balance of both omega 3 and omega 6. Doctor Oz’s bottom line: He has a 30-page research report on the subject and has compelling data to believe saffron oil is doing something. Doctor Oz encourages folks to try it for 3 months to see if it works for you. He is going to try it via sunflower seeds. As expected, he will continue to keep taking his omega 3s. Overall, by using sunflower oils in place of bad fats (trans fats), across the board, it will be a smart thing to do.