Dr Oz’s Show called What Would You Do with John Quinones went undercover to see what people would do when they did not know anyone was watching.  Would you intervene if you saw a pregnant woman drinking?  And is it really safe or dangerous for a pregnant woman to drink alcohol?  Here is what Doctor Oz found out when he rigged a bar with cameras and had an actress dress-up like she was pregnant.  The actress drank what appeared to be many glasses of alcohol, although it was just juice in reality.  Here is what random strangers at the bar said and did.

Dr Oz: Would You Intervene If You Saw a Pregnant Woman Drinking?

One woman at the bar saw the “pregnant” actress drink 4 alcoholic beverages and then the actress asked the lady if she could have a cigarette. 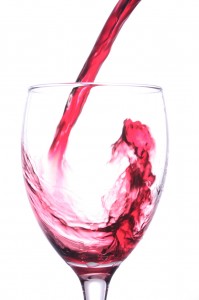 The woman told her she would only give her a cigarette if she promised not to drink anymore.  But which is worse for a baby – cigarette smoke or alcohol 0 it is like choosing between a rock and a hard place.  Dr Oz said that only 1 in 4 people who saw the actress drinking heavily spoke up.

John Quinones pointed out that very few men said anything because they cannot connect with the situation of being pregnant.  In addition, many people hesitate to get involved in “family issues,” even though the baby is in the womb and cannot be seen face-to-face.  What may seem like a no-brainer was harder for people than you would think.  Quinones said that people definitely showed concern and seemed torn about what to do.  Mainly women spoke up because they could connect.  For example, a pregnant woman jumped in to say something right away, as did another woman who had a little girl.

Doctor Oz said that there was a brand new study that said a glass or two of wine might in fact be safe to drink when you are pregnant, but Dr Tara Allmen, an ObGyn, said that she still tells her pregnant patients to avoid alcohol altogether.  There have been plenty of other studies that have found alcohol to be dangerous to a fetus, especially during the first trimester.  Dr Allmen said that in the 2nd or 3rd trimesters, alcohol is not quite as dangerous, but you should definitely avoid hard liquors like tequila, scotch, gin and vodka.  IF you are going to drink when you are pregnant, Dr Allmen said that you should at least limit yourself to half a glass of wine or a wine spritzer.  But I personally would never dream of drinking a drop of alcohol while having a baby.

Dr Oz asked everyone in his audience if they would have intervened if they were at the bar and saw a pregnant lady drinking.  One woman named Lisa said that she would not have intervened.  Lisa said she was a bartender and it is her job to decide whether to refuse serving a drink or not, but that a pregnant woman still deserves service.  This comment totally floored me!  If a pregnant woman should not be refused tequila at a bar, then who should be refused it?  How infuriating!

Dr Oz said that if you would not give your baby a glass of wine (which you should not do!), then you really should not let pregnant women drink either.  Alcohol is a toxin and can impact brain cells.  Dr Oz said that there is no healthy amount of alcohol for pregnant women to drink, and it has even been shown that babies who are born to teen moms who drink during their first trimester are much more likely to have behavioral problems in the future.

What would you do?  Would you talk to a pregnant woman if you saw her drinking alcohol?  Please leave a comment with your thoughts below!