Doctor Oz did an interview of Oprah Winfrey and then followed it up with this segment.  Oprah surprised Dr Oz with the official cover to the January issue of O Magazine. It was an image of her and Dr Oz on the cover. (Did anyone else think he looked like Ward Cleaver in that sweater?) “This is a fresh start for Oprah and O Magazine,” she told Dr Oz. This was her first co-ed cover.

Oprah stated that she was ready to make a fresh start when she felt it was time to step it up. 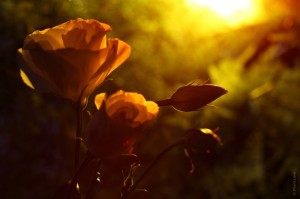 There were times she had to clear the slate and move on. (I get that feeling after eating a whole pie.) In the January issue of O Magazine, Dr Oz had a section that gave the 28 steps to get the fresh start going. The idea was to do just one thing per day. (Then they got on the subject of putting truffled salt and lemon on popcorn. Huh?)

Oprah told Dr Oz that the power of intention helped work miracles. In her 30s Oprah had the “disease to please.” (I like that. I’m going to have to steal that one!) In ’89 and ’90, she learned that intention determined your outcome. She felt you should be clear about your motivation. It’s not about anyone else but yourself. For instance, if you wanted to get healthier, improve your relationship or get a better job, you have to do that with an intention bigger than the moment or else you will fail.

Oprah stated that her big plan was to move closer to everything which is God. (This idea is not about religion, it’s more about a spiritual connection.) Without understanding the fullness of which you come, you cannot fulfill your supreme moment of destiny. Everyone had one. You need to be connected to that—it’s greater than you. This is what she’s working on. Oprah told Dr Oz that she was learning to meditate and since doing that, things had become clearer.

Dr Oz ended the segment by telling Oprah that loved the defiance in her and how she stuck to her guns. He applauded her for it. Dr Oz gave the audience an early Christmas gift, the January issue of O Magazine. (I’d rather take Oprah home instead.)