Doctor Oz said that as we grow older, many people will develop skin barnacles or Seborrheic Keratosis, which look like little black or brown spots that can form on our face, necks, and chests.  They almost look like small moles that show up out of nowhere.  Dr. Jeanine Downie, author of Beautiful Skin of Color: A Comprehensive Guide to Asian, Olive, And Dark Skin

, said that skin barnacles or Seborrheic Keratosis is totally benign, and can easily be removed.  Two volunteers from Dr. Oz’s audience put on some numbing cream to numb the area before trying the following two methods for removing their skin barnacles. 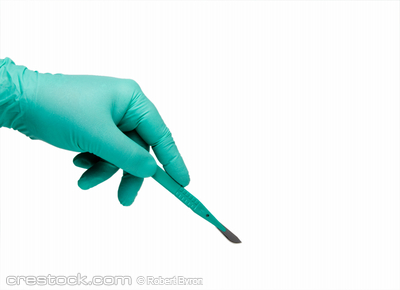 How To Remove Skin Barnacles or Seborrheic Keratosis

A scalpel was used on a larger skin barnacle.  Dr. Jeanine Downie, after numbing the area well, scraped the skin barnacle off.  It was amazing how easily it came off!  There was a tiny bit of blood, but the volunteer said she could not feel a thing.