Does the Pill Prevent Cancer?

You took “the pill” in your 20s and 30s to help prevent pregnancy, but today’s studies show that taking the birth control pill in your 40s may be beneficial in preventing cancer. On today’s show, Doctor Oz was visited by ObGyns, Dr. Carolyn Westhoff and Dr. Judith Wolf, to discuss the health benefits and risks of women of a certain age taking the pill to prevent cancer. 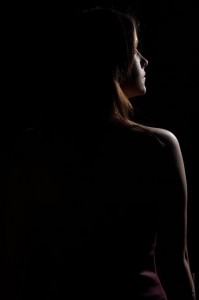 Everything you thought and fear about it, you never know. Some doctors even consider using the pill as a “silver bullet” for many health issues, such as night sweats, migraines and perimenopausal problems. Studies also indicate that the pill could help prevent ovarian cancer, but did you know that recent studies show that the pill can prevent endometrial cancer as well?

Some of the concerns are that the birth control pill may be linked to increased risk of blood clots and breast cancer. On today’s show, Dr Oz had an open discussion because many of his colleagues say that the pill is safe for women to use in their 40s and 50s.

Why The Pill May Prevent Cancer

During a normal cycle, each of the eggs are release by ovaries once a month and travel to the uterus. Over the course of a year, you dump 12-13 eggs. In a lifetime, you dump 520 eggs. Doctors say the more eggs you release, the higher the chance of ovarian cancer. The pill (as many women know) stop the cycle so you do not release the eggs.

The birth control pill is made up of 2 hormones (estrogen and progesterone). The progesterone prevents ovulation and the estrogen regulates bleeding. The pill “quiets” the ovaries and when they’re quiet, cancer is less likely to happen.

Once a month, an egg escapes the ovaries. As the egg comes through, the area becomes scarred. The scarring may become severe enough, which creates the cancer. With the pill, the egg doesn’t come out and does not cause that scar. The pill slows the growth of the lining of the uterus and prohibits the egg from being released. According to studies, the pill is effective in reducing the risk of ovarian cancer by 50%.

Dr Oz had Marina, an audience member, put on the purple gloves to show her the ovaries. Marina told Dr Oz that she was on the pill, but stopped because she didn’t feel at 31-years old, she needed it any longer.

Dr Oz unveiled the normal ovaries and uterus, in which the ovaries were relatively small. He then unveiled a uterus and ovaries from a body that had ovarian cancer. (The uterus was much larger than the normal. It was also slimy.) That was caused by 1 small egg coming out, which caused scarring, which then led to ovarian cancer. According to Dr. Carolyn Westhoff, the pill may reduce endometrial cancer and ovarian cancer by 50% and reduce colorectal cancer by 20%.

Even though the pill is related to hormonal changes, according to Dr. Carolyn Westhoff, studies show it does not change the breast cancer risk. (but always discuss concerns with your doctor.)
Cervical cancer risk is increased a bit, but with a regular pap test, it can be detected early. You do not need more frequent paps, however, be sure to get them done regularly. .

If you have an increased risk of blot clots, you may want to reconsider taking the pill. If you don’t have a history, after age 35, the risk is low.

Studies show that the pill does NOT cause weight gain. (Too bad. There goes my excuse!) Weight gain is caused by the good ol’ eating-more-than-calories-burned theory.

One audience member felt it was unnatural to interrupt the cycle, but she still wanted to prevent cancer.

Dr. Westhoff stated that years ago, women were having less periods because girls started menstruation much later than they do today. If you look at it like that, it is natural to cease some of those periods.

Women in 40s they may have perimenopause and have hot flashes and irregular/aggravating periods. Even so, they are still at risk for pregnancy. The pill is given in a dose to prevent these issues. When the eggs are gone (menopause), doctors give a lower dose. Hormone Replace Therapy (HRT) does not reduce risk of ovarian cancer.

-over 35 and a smoker, you have an increased risk in cardiovascular issues
-increased risk in women who have a history of blood clots in legs and lungs
-women who’ve had breast cancer before
-mood swings
-headaches
-spotting
-breast tenderness