Doctor Oz had a checkup with Steve, the Unhealthiest American, after just one month to see how he was progressing.  Dr Oz named Steve the Unhealthiest American in the country and sent him to the Cleveland Clinic to receive help from Dr. Michael Roizen and Kristin Kirkpatrick.  First, Steve had to quit smoking, because his lungs were twice as old as he was.  Then he was taught the basics of exercising, meditation, yoga to relieve stress, nutrition and how to cook (like waiting for the pan to be super hot so that your food absorbs less oil). 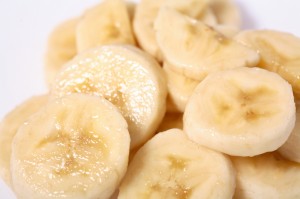 Steve has been on his weight loss plan for a month and has had tons of support from his family – his mom, dad, brother and sister-in-law, who all got pedometers and have been going grocery shopping together.  Now Steve can already touch his toes, maintain his balance and here are Steve’s Truth Tube results after just one month:

Dr Oz gave Steve a few ideas for making his diet a bit more interesting.  Instead of just eating soy veggie burgers, you can try this Beet Burger Recipe.  And if you are looking for a healthy diet dessert recipe, try this Quinoa Pudding Recipe.  If you are going to eat something with a lot of saturated fat in it, like a cheeseburger, then eat yogurt because the calcium helps prevent your body from absorbing the fat.  Also, learn to read labels and actually read the ingredients – not just the calories, fat, and other numbers!